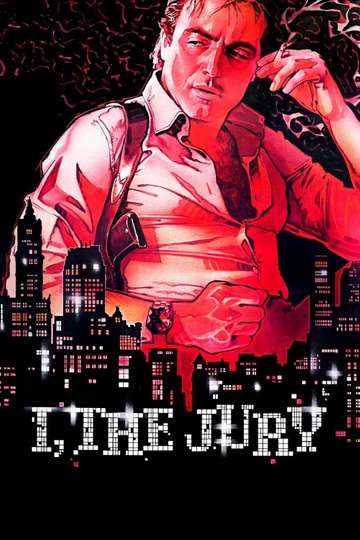 Want to behold the glory that is 'I, the Jury' on your TV or mobile device at home? Searching for a streaming service to buy, rent, download, or view the Richard T. Heffron-directed movie via subscription can be a huge pain, so we here at Moviefone want to do the work for you.

Below, you'll find a number of top-tier streaming and cable services - including rental, purchase, and subscription options - along with the availability of 'I, the Jury' on each platform when they are available. Now, before we get into the nitty-gritty of how you can watch 'I, the Jury' right now, here are some details about the 20th Century Fox crime flick.

Released April 22nd, 1982, 'I, the Jury' stars Armand Assante, Barbara Carrera, Laurene Landon, Alan King The movie has a runtime of about 1 hr 51 min, and received a user score of 56 (out of 100) on TMDb, which compiled reviews from 23 well-known users.

Want to know what the movie's about? Here's the plot: "Jack Williams was the best friend of Vietnam veteran and detective Mike Hammer. When Jack is murdered, Mike makes it his business to solve the crime. He is helped by his secretary Velda, and partly helped, partly hindered by the Chief of Police, Pat Chambers. On the trail of the killer, Mike discovers government conspiracies, and plots used by the CIA and the Mafia."

'I, the Jury' is currently available to rent, purchase, or stream via subscription on Apple iTunes, and DIRECTV .

'I, the Jury' Release Dates

Girl in the Basement