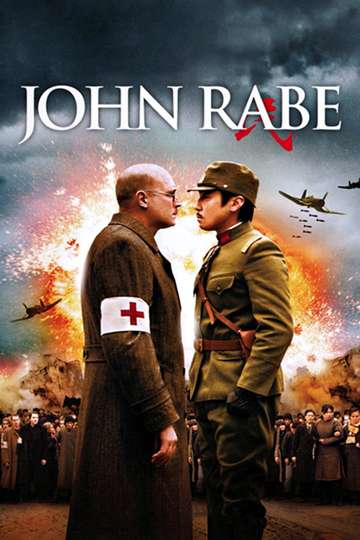 Want to watch 'John Rabe' in the comfort of your own home? Searching for a streaming service to buy, rent, download, or watch the Florian Gallenberger-directed movie via subscription can be a huge pain, so we here at Moviefone want to help you out.

Read on for a listing of streaming and cable services - including rental, purchase, and subscription alternatives - along with the availability of 'John Rabe' on each platform when they are available. Now, before we get into the fundamentals of how you can watch 'John Rabe' right now, here are some finer points about the Hofmann & Voges Entertainment, Majestic Filmproduktion, EOS Entertainment, ZDF, Pampa Production, Huayi Brothers Media Corporation drama flick.

Released April 2nd, 2009, 'John Rabe' stars Ulrich Tukur, Dagmar Manzel, Steve Buscemi, Daniel Brühl The movie has a runtime of about 2 hr 14 min, and received a user score of 69 (out of 100) on TMDb, which collated reviews from 96 well-known users.

Want to know what the movie's about? Here's the plot: "A true-story account of a German businessman who saved more than 200,000 Chinese during the Nanjing massacre in 1937-38." .

The Thin Man
"A laugh tops every thrilling moment!"
Tears of the Sun
"He was trained to follow orders. He became a hero by defying them."

The Edukators
"Every heart is a revolutionary cell."

Beckett
"Born to be murdered."
Escape from Pretoria
"Survival is key"

Luca
Good Bye Lenin!
"The German Democratic Republic lives on -- in 79 square meters!"
Red Joan
"To change the world, she betrayed her country"
Downfall
"April 1945, a nation awaits its... Downfall"

The Lie
"It was an accident."
Stalingrad

His House
"When ghosts follow, they never leave."
The Miracle of Bern
Cool Runnings
"One dream. Four Jamaicans. Twenty below zero."

Nocturne
"The great reach their potential. The mad surpass it."
Salvador (Puig Antich)