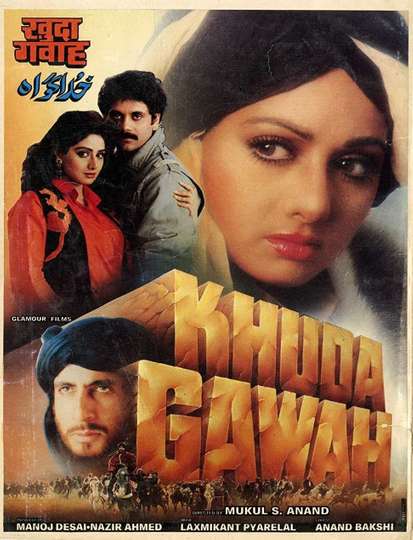 TMDb Score
59
NR 3 hr 13 minRomance, Adventure, Action
Baadshah Khan falls in love with Benazir, a member of a rival clan who has defeated him in a game of buzkashi. Benazir will not marry him unless he brings back the head of her father's killer, Habibullah, from India. He is successful, but he must return to India. He is then tragically separated from Benazir through a series of incidents that are only resolved years later with the arrival of his daughter, Menhdi, and his release from prison.
Show More
DirectorMukul Anand
StarringAmitabh BachchanSrideviShilpa Shirodkar
Movie DetailsWhere to WatchFull Cast & Crew