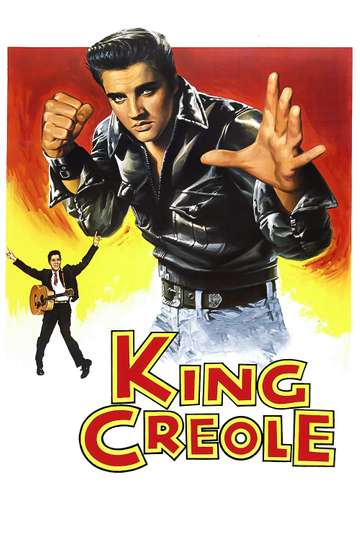 Want to behold the glory that is 'King Creole' on your TV, phone, or tablet? Tracking down a streaming service to buy, rent, download, or watch the Michael Curtiz-directed movie via subscription can be a challenge, so we here at Moviefone want to do the heavy lifting.

Below, you'll find a number of top-tier streaming and cable services - including rental, purchase, and subscription choices - along with the availability of 'King Creole' on each platform when they are available. Now, before we get into the nitty-gritty of how you can watch 'King Creole' right now, here are some particulars about the Paramount, Hal Wallis Productions action flick.

Released July 2nd, 1958, 'King Creole' stars Elvis Presley, Carolyn Jones, Walter Matthau, Dolores Hart The movie has a runtime of about 1 hr 56 min, and received a user score of 64 (out of 100) on TMDb, which compiled reviews from 74 top users.

Curious to know what the movie's about? Here's the plot: "Danny Fisher, young delinquent, flunks out of high school. He quits his job as a busboy in a nightclub, and one night he gets the chance to perform. Success is imminent and the local crime boss Maxie Fields wants to hire him to perform at his night club The Blue Shade. Danny refuses, but Fields won't take no for an answer."

Jailhouse Rock
"Elvis in Action as Never Before!"
After the Rain
The Musician Killer
The Adventures of Huckleberry Finn
"The most exciting adventures a boy ever had! Hilarious escapades, hair-raising adventures on the fabulous Mississippi!"
The End of Summer

Pacific Rim
"To fight monsters, we created monsters."
Francis of Assisi
"The story of a lusty, fighting young adventurer who exchanged his sword for a cross"