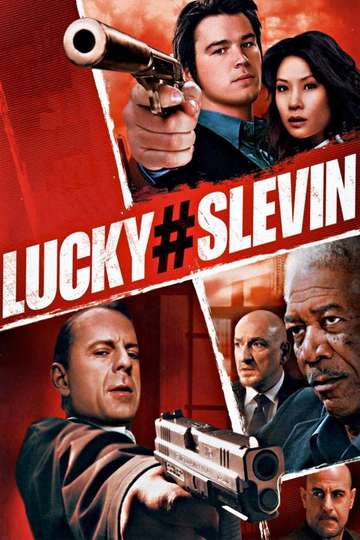 Looking to feast your eyes on 'Lucky Number Slevin' on your TV or mobile device at home? Searching for a streaming service to buy, rent, download, or watch the Paul McGuigan-directed movie via subscription can be challenging, so we here at Moviefone want to help you out.

Read on for a listing of streaming and cable services - including rental, purchase, and subscription options - along with the availability of 'Lucky Number Slevin' on each platform when they are available. Now, before we get into the nitty-gritty of how you can watch 'Lucky Number Slevin' right now, here are some finer points about the The Weinstein Company, FilmEngine, Capitol Films, Ascendant Pictures, VIP Medienfonds 4, Mel's Cite du Cinema, Lucky Number Slevin Productions Inc., The Complex drama flick.

Released April 7th, 2006, 'Lucky Number Slevin' stars Josh Hartnett, Morgan Freeman, Ben Kingsley, Lucy Liu The R movie has a runtime of about 1 hr 50 min, and received a user score of 75 (out of 100) on TMDb, which assembled reviews from 3,402 top users.

You probably already know what the movie's about, but just in case... Here's the plot: "Slevin is mistakenly put in the middle of a personal war between the city’s biggest criminal bosses. Under constant watch, Slevin must try not to get killed by an infamous assassin and come up with an idea of how to get out of his current dilemma."

Blood Diamond
"It will cost you everything."
Training Day
"The only thing more dangerous than the line being crossed, is the cop who will cross it."

Sin City
"Walk down the right back alley in Sin City and you can find anything..."
Hostage
"Every second counts."

The Italian Job
"Get in. Get out. Get even."

Surrogates
"How do you save humanity when the only thing that's real is you?"

Déjà Vu
"If you think it's just a feeling, go back... and look again."

Ocean's Thirteen
"What are the odds of getting even? 13 to one."
American Gangster
"There are two sides to the American dream"

Crank
"There are a thousand ways to raise your adrenaline. Today, Chev Chelios will need every single one."

The Departed
"Lies. Betrayal. Sacrifice. How far will you take it?"
RocknRolla
"A story of sex, thugs and rock 'n roll."

The Illusionist
"Nothing is what it seems"

Ocean's Twelve
"Twelve is the new eleven."
Snatch
"Stealin' stones and breakin' bones."
The Sixth Sense
"Not every gift is a blessing."

Inside Man
"It looked like the perfect bank robbery. But you can’t judge a crime by its cover."