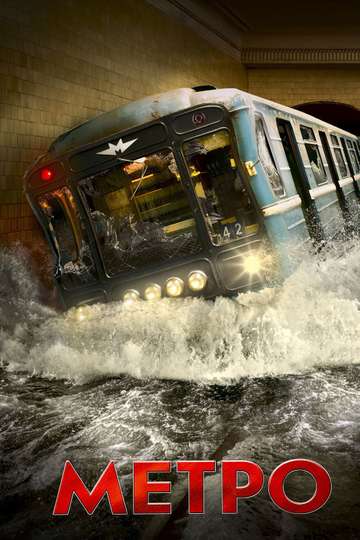 TMDb Score
67
NR 2 hr 10 minMar 3rd, 2013Action, Thriller
Terror strikes the underground train system in Moscow in the form of a flood from a collapsed tunnel. The film follows a diverse group of Moscow citizens who find themselves trapped in the city’s underground rail network, their train derailed and virtually crushed after an aging tunnel collapses. Amongst this band of survivors is softly spoken surgeon Andrey (Sergei Puskepalis), whose wife is having an affair with the conceited businessman Vlad (Anatoly Beliy). Fate brings these two men together on the same doomed train, but there is little time to resolve their differences, as the tunnel begins to quickly fill with water, forcing them to work together with the others and find a way back to the surface.
Show More
DirectorAnton Megerdichev
StarringSergey PuskepalisAnatoly BelyySvetlana Khodchenkova
Where to WatchFull Cast & Crew

Last Knights
When an evil emperor executes their leader, his band of knights – boun...

Need for Speed
The film revolves around a local street-racer who partners with a rich...

3 Days to Kill
A dangerous international spy is determined to give up his high stakes...

Silent Hill: Revelation 3D
Heather Mason and her father have been on the run, always one step ahe...

Non-Stop
Bill Marks is a burned-out veteran of the Air Marshals service. He vie...