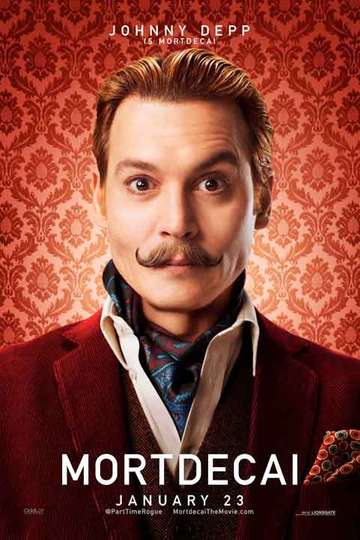 The ad campaign for "Mortdecai," the new Johnny Depp comic caper film, is so befuddling, both opaque and overbearing, that a recent Vulture article spent several hundred words trying to decode what, exactly, the movie was and why the powers that be behind said movie were content with selling the project based on large photos of the very handsome cast (also included: Gwyneth Paltrow, Olivia Munn, Ewan McGregor) sporting cartoonish mustaches. This is a shame, because the movie is an undeniably charming, frothy affair, a zippy, inventive, frequently funny international romp that recalls both the "Pink Panther" and "Austin Powers" franchises, while somehow being considerably stranger than either.

Depp plays the title character, a kind of bone-headed aristocratic art dealer who trades in stolen antiquities. At the beginning of the movie, he's trying to screw over some Chinese gangsters, since he's in deep debt with the British government and his sprawling estate is threatened to go under. He's got a brutish man servant/personal goon named Jock Strapp (Paul Bettany), who usually comes to his rescue, which in the case of this opening sequence means that he gets punched in the face a bunch of times and set on fire. (This sequence feels purposefully reminiscent of the beginning of "Indiana Jones and the Temple of Doom," fitting, perhaps, because "Mortdecai's" director David Koepp wrote the last adventure, "Indiana Jones and the Kingdom of the Crystal Skull.")

Alice Through the Looking Glass

Charlie and the Chocolate Factory