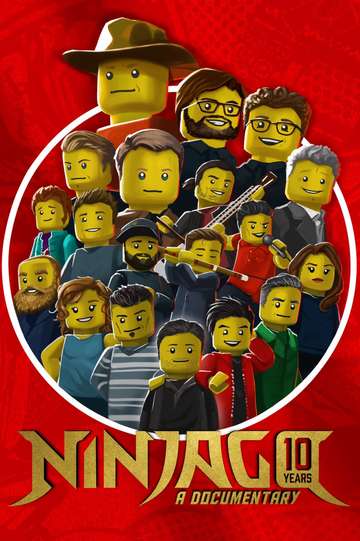 "Join us on this journey in celebrating the first ten years of Spinjitzu, and for what is hopefully many more! Ninja-GO!"
NR 2 hr 46 minDocumentary
On January 14th, 2011, LEGO Ninjago: Masters of Spinjitzu aired its first ever episode. Today, nearly a full decade later, four day-one Ninjago fans come together to create a comprehensive fan documentary, telling the tale of Ninjago's 10-year journey. This documentary showcases the creation, evolution, legacy and future of what has become one of LEGO's most popular evergreen themes, featuring a roster of all-too familiar faces along the way!
Show More
DirectorBrayden Mannelson

Original Language:English
NINJAGO - Ten Years of Spinjitzu: A Documentary on the Web:Official Website