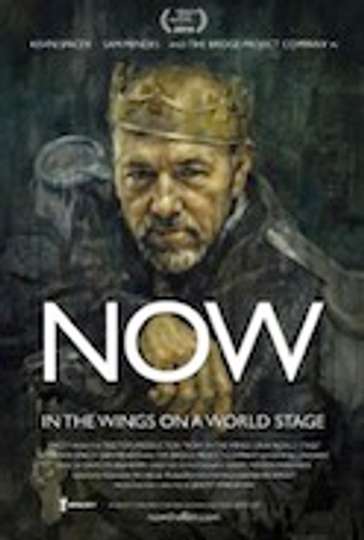 NOW: In the Wings on a World Stage (2014)Stream and Watch Online

Want to behold the glory that is 'NOW: In the Wings on a World Stage' on your TV, phone, or tablet? Finding a streaming service to buy, rent, download, or view the Jeremy Whelehan-directed movie via subscription can be challenging, so we here at Moviefone want to take the pressure off.

Released June 9th, 2014, 'NOW: In the Wings on a World Stage' stars Kevin Spacey, Maureen Anderman, Sam Mendes, Stephen Lee Anderson The NR movie has a runtime of about 1 hr 33 min, and received a user score of 62 (out of 100) on TMDb, which collated reviews from 15 top users.

Curious to know what the movie's about? Here's the plot: "Kevin Spacey, Sam Mendes and the Bridge Project Company go on the road in NOW: in the Wings on a World Stage. In over 200 performances, and across 3 continents, Kevin and the troupe reveal some of the most intimate moments behind the scenes of their staging of Shakespeare's classic tragedy, "Richard III." Their story and experiences weave around, and reflect on, excerpts from the play from their various locations, from Epidaurus to Doha, and provides a great opportunity for those who have never experienced Spacey on stage to witness his immerse and captivating interpretation of Richard III. NOW chronicles the first collaboration between Spacey and Mendes since both won Academy Awards® for their work on American Beauty."

'NOW: In the Wings on a World Stage' is currently available to rent, purchase, or stream via subscription on YouTube, Apple iTunes, Google Play Movies, and Amazon Video .

9 Things You Never Knew About 'Moon' on its 10th Anniversary