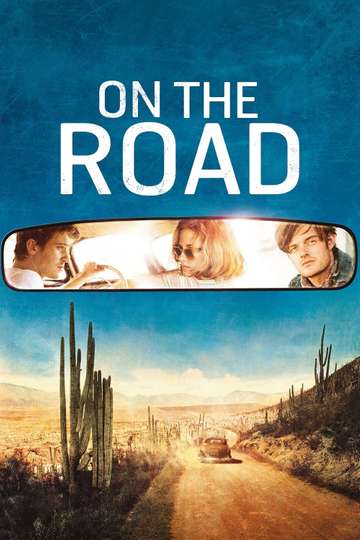 On the Road (2012)Stream and Watch Online

Need to watch 'On the Road' on your TV or mobile device at home? Tracking down a streaming service to buy, rent, download, or watch the Walter Salles-directed movie via subscription can be tricky, so we here at Moviefone want to do the work for you.

Below, you'll find a number of top-tier streaming and cable services - including rental, purchase, and subscription options - along with the availability of 'On the Road' on each platform when they are available. Now, before we get into the nitty-gritty of how you can watch 'On the Road' right now, here are some specifics about the SPAD Films, American Zoetrope, Jerry Leider Company, Vanguard Films, France 2 Cinéma, Ciné+, Videofilmes, K & S Films, Nomadic Pictures, MK2 Films, Film4 Productions, Canal+, France Télévisions adventure flick.

Released December 21st, 2012, 'On the Road' stars Garrett Hedlund, Sam Riley, Kristen Stewart, Amy Adams The R movie has a runtime of about 2 hr 17 min, and received a user score of 56 (out of 100) on TMDb, which collated reviews from 716 experienced users.

Interested in knowing what the movie's about? Here's the plot: "Dean and Sal are the portrait of the Beat Generation. Their search for "It" results in a fast paced, energetic roller coaster ride with highs and lows throughout the U.S."

'On the Road' is currently available to rent, purchase, or stream via subscription on Apple iTunes, Google Play Movies, Amazon Video, Night Flight Plus, Kanopy, and YouTube .

'On the Road' Release Dates

Welcome to the Rileys