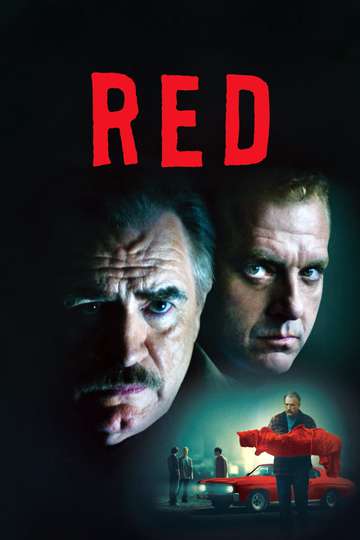 Want to behold the glory that is 'Red' on your TV or mobile device at home? Finding a streaming service to buy, rent, download, or watch the Lucky McKee-directed movie via subscription can be a challenge, so we here at Moviefone want to help you out.

Below, you'll find a number of top-tier streaming and cable services - including rental, purchase, and subscription alternatives - along with the availability of 'Red' on each platform when they are available. Now, before we get into the nitty-gritty of how you can watch 'Red' right now, here are some details about the Billy Goat Pictures, Tenk thriller flick.

Released October 28th, 2008, 'Red' stars Brian Cox, Tom Sizemore, Robert Englund, Amanda Plummer The R movie has a runtime of about 1 hr 33 min, and received a user score of 66 (out of 100) on TMDb, which assembled reviews from 145 experienced users.

Interested in knowing what the movie's about? Here's the plot: "Avery, a reclusive older man, has a best friend in his dog, Red. When three teens kill Red without reason, Avery sets out for justice and redemption, attempting to follow the letter of the law. But when the law fails him, and the boys' father clearly defines right and wrong in his own way, Avery must avenge himself by any means possible."

Red Lights
"How much do you want to believe?"
Red Heat
"Moscow's toughest detective. Chicago's craziest cop. There's only one thing worse than making them mad. Making them partners."

RED 2
"The best never rest."
The Red Sea Diving Resort
"In the 1980s one partnership saved thousands of lives"

Wolfwalkers
"Be fierce. Be wild. Be free."
Batman: Under the Red Hood
"Dare to Look Beneath the Hood."

SAS: Red Notice
Superman: Red Son
Red Planet
"Not A Sound. Not A Warning. Not A Chance. Not Alone."

The Men Who Stare at Goats
"No goats. No glory."

Red Dawn
"Welcome to the Home of the Brave"