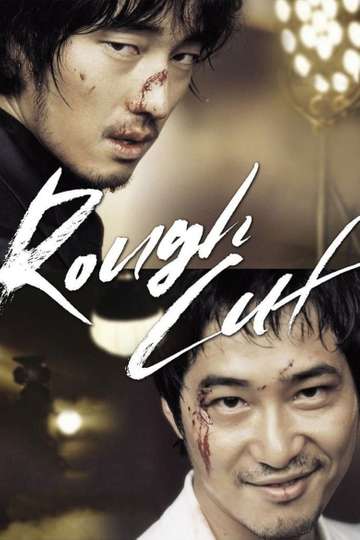 TMDb Score
68
NR 1 hr 53 minAction, Drama
Gang-pae is #2 gangster in his organization who longs to become an actor. Su-ta is a superstar actor who takes on the role of a gangster in an action movie called Rough Cut. When another actor leaves the set due to Su-tas violent ways, the production is on the verge of shutting down. Su-ta asks Gang-pae, whom he met by chance, to play alongside him in the movie in order to save the production.
Show More
DirectorJang Hoon
StarringSo Ji-subKang Ji-hwanHong Soo-hyun
Movie DetailsWhere to WatchFull Cast & Crew

The Chaser
Joong-ho is a dirty detective turned pimp in financial trouble as seve...

My Annoying Brother
A jailed swindler leaps at the chance to earn parole in return for tak...

Oldboy
With no clue how he came to be imprisoned, drugged and tortured for 15...

Windstruck
When police officer Kyungjin met with Myungwoo accidentally in a crime...

Confession of Murder
A serial killer reappears 15 years after his murder spree with a book...

The Yellow Sea
A Korean man in China takes an assassination job in South Korea to mak...

I'm a Cyborg, but That's OK
Young-goon, mentally deranged and frequently electro-charging herself...

The Man from Nowhere
His only friend called him 'the man from nowhere'... Taesik, a former...