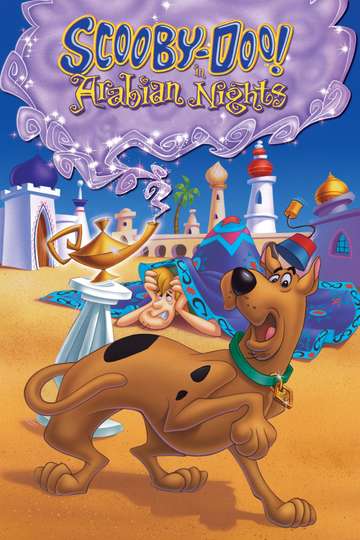 Looking to watch 'Scooby-Doo! in Arabian Nights' on your TV or mobile device at home? Tracking down a streaming service to buy, rent, download, or view the Jun Falkenstein-directed movie via subscription can be difficult, so we here at Moviefone want to do the work for you.

Read on for a listing of streaming and cable services - including rental, purchase, and subscription alternatives - along with the availability of 'Scooby-Doo! in Arabian Nights' on each platform when they are available. Now, before we get into the nitty-gritty of how you can watch 'Scooby-Doo! in Arabian Nights' right now, here are some details about the Hanna-Barbera Productions, Taft Broadcasting mystery flick.

Released September 3rd, 1994, 'Scooby-Doo! in Arabian Nights' stars Casey Kasem, Jennifer Hale, Don Messick, Tony Jay The G movie has a runtime of about 1 hr 9 min, and received a user score of 75 (out of 100) on TMDb, which collated reviews from 116 top users.

Want to know what the movie's about? Here's the plot: "Scooby-Doo and Shaggy travel to Arabia to become the Caliph's Royal Food Tasters. But they bite off more than they can chew and are forced to run for their lives! It's a wild magic carpet ride as Scooby-Doo, Shaggy and their genie (Yogi Bear) and a jolly sailor named Sinbad (Magilla Gorilla) take you on an adventure of mistaken identities, exotic locations and fun-filled action and surprises!"