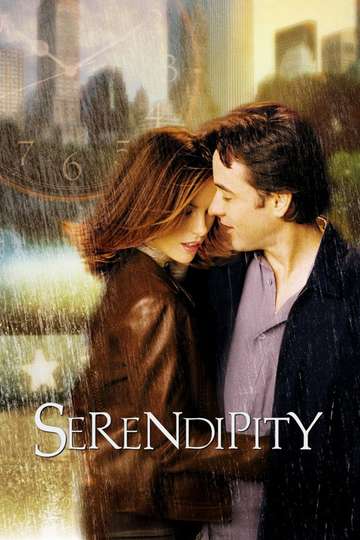 Need to watch 'Serendipity' in the comfort of your own home? Finding a streaming service to buy, rent, download, or watch the Peter Chelsom-directed movie via subscription can be difficult, so we here at Moviefone want to do right by you.

Read on for a listing of streaming and cable services - including rental, purchase, and subscription alternatives - along with the availability of 'Serendipity' on each platform when they are available. Now, before we get into the fundamentals of how you can watch 'Serendipity' right now, here are some particulars about the Miramax, Tapestry Films, Simon Fields Productions drama flick.

Released October 5th, 2001, 'Serendipity' stars John Cusack, Kate Beckinsale, Jeremy Piven, Bridget Moynahan The PG-13 movie has a runtime of about 1 hr 30 min, and received a user score of 69 (out of 100) on TMDb, which collated reviews from 1,586 well-known users.

Interested in knowing what the movie's about? Here's the plot: "Although strangers Sara and Jonathan are both already in relationships, they realize they have genuine chemistry after a chance encounter – but part company soon after. Years later, they each yearn to reunite, despite being destined for the altar. But to give true love a chance, they have to find one another again."

The Big Wedding
"It's never too late to start acting like a family."

Definitely, Maybe
"Three relationships. Three disasters. One last chance."
What Women Want
"He has the power to hear everything women are thinking. Finally... a man is listening."
Notting Hill
"Can the most famous film star in the world fall for the man on the street?"

P.S. I Love You
"His life ended. Now, a new one will begin."
You've Got Mail
"Someone you pass on the street may already be the love of your life."

The Lake House
"How do you hold on to someone you've never met?"
The Family Man
"What if you made different choices? What if you said yes, instead of no? What if you got a second chance?"
City of Angels
"She didn't believe in angels until she fell in love with one."

My Best Friend's Wedding
"It's about finding the love of your life. And deciding what to do about it."
About a Boy
"Growing up has nothing to do with age."

Meet the Parents
"First comes love. Then comes the interrogation."

Music and Lyrics
"Share the music with someone you love."
How to Lose a Guy in 10 Days
"One of them is lying. So is the other."

The Ugly Truth
"The battle of the sexes is on."
Kate & Leopold
"If they lived in the same century they'd be perfect for each other."