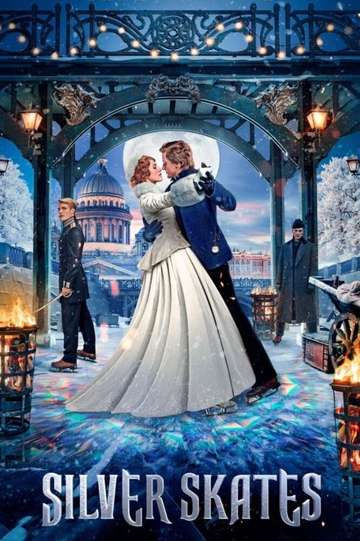 Want to watch 'Silver Skates' on your TV, phone, or tablet? Tracking down a streaming service to buy, rent, download, or view the Mikhail Lokshin-directed movie via subscription can be confusing, so we here at Moviefone want to do the heavy lifting.

We've listed a number of streaming and cable services - including rental, purchase, and subscription alternatives - along with the availability of 'Silver Skates' on each platform when they are available. Now, before we get into the various whats and wheres of how you can watch 'Silver Skates' right now, here are some details about the Studio Trite, Kinoslovo, Cinema Fund, KIT Film Studio, Gazprom-Media adventure flick.

Released June 16th, 2021, 'Silver Skates' stars Fedor Fedotov, Sonia Priss, Aleksey Guskov, Yuri Kolokolnikov The NR movie has a runtime of about 2 hr 16 min, and received a user score of 78 (out of 100) on TMDb, which compiled reviews from 160 well-known users.

You probably already know what the movie's about, but just in case... Here's the plot: "1899, the Christmas-time St.Petersburg. Ice-covered rivers and canals of the capital seethe with festive activities. On the eve of the new century those who should not be destined to meet, come together. They are people from different worlds: Matvey, the son of a lamplighter, whose only treasure is his silver-plated skates; Alice is the daughter of a high-ranking official dreaming of science. Each of them has his own difficult life-story, but having accidentally met they rush forward together in pursuit of their dreams."

'Silver Skates' is currently available to rent, purchase, or stream via subscription on Netflix, .

Unhinged
"He can happen to anyone."

The Best of Me
"You never forget your first love."
The Blue Lagoon
"A sensuous story of natural love."
The Hunt
"The Ultimate Human Hunting Experience"
Reprisal
"A life for a life."
The Valet

Reminiscence
"Don't look back."
Klaus
"Welcome to the jingle"
The Legend of 1900
"An epic story of a man who could do anything... except be ordinary"

The Last Letter from Your Lover
"Don't leave your love story unwritten."

Fast & Furious 6
"All roads lead to this"