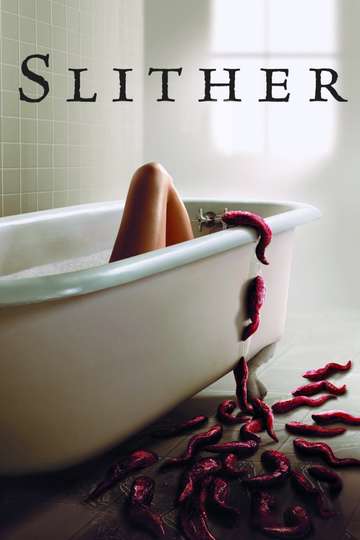 Yearning to watch 'Slither' on your TV or mobile device at home? Hunting down a streaming service to buy, rent, download, or watch the James Gunn-directed movie via subscription can be confusing, so we here at Moviefone want to help you out.

We've listed a number of streaming and cable services - including rental, purchase, and subscription alternatives - along with the availability of 'Slither' on each platform when they are available. Now, before we get into the nitty-gritty of how you can watch 'Slither' right now, here are some specifics about the Strike Entertainment, Brightlight Pictures, Gold Circle Films, Slither Productions comedy flick.

Released March 31st, 2006, 'Slither' stars Nathan Fillion, Elizabeth Banks, Michael Rooker, Gregg Henry The R movie has a runtime of about 1 hr 35 min, and received a user score of 65 (out of 100) on TMDb, which collated reviews from 1,147 top users.

Interested in knowing what the movie's about? Here's the plot: "A small town is taken over by an alien plague, turning residents into zombies and all forms of mutant monsters."

Splinter
"It will get under your skin."

Dawn of the Dead
"When the undead rise, civilization will fall."

Wolf Creek
"The thrill is in the hunt."
The Texas Chainsaw Massacre: The Beginning
"What you know about fear... doesn't even come close."

The Descent
"Scream your last breath."

Cabin Fever
"Terror… in the flesh."
Society
"It's all about fitting in"
Trick 'r Treat
"Poison, Drowning, Claw, Or Knife. So Many Ways To Take A Life."

The Texas Chainsaw Massacre
"Based on a true story..."
Black Sheep
"There are over 40 million sheep in New Zealand, and they're pissed off!"
Hellraiser
"He'll tear your soul apart."

Silent Hill
"We've been expecting you."
Tucker and Dale vs. Evil
"Evil just messed with the wrong hillbillies."
Mimic
"For thousands of years, man has been evolution's greatest creation... until now."

The Faculty
"Take me to your teacher."

Fido
"Good dead are hard to find"
Army of Darkness
"Trapped in time. Surrounded by evil. Low on gas."
Feast
"They're Hungry. You're Dinner."