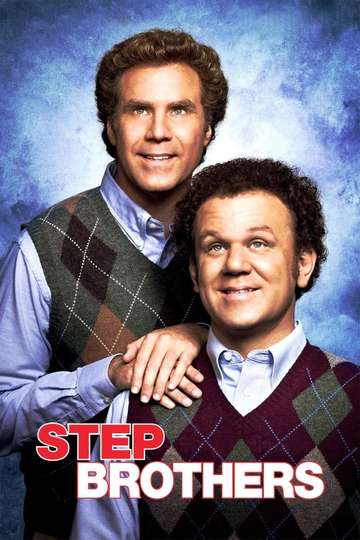 Need to watch 'Step Brothers' on your TV or mobile device at home? Finding a streaming service to buy, rent, download, or watch the Adam McKay-directed movie via subscription can be a huge pain, so we here at Moviefone want to help you out.

Read on for a listing of streaming and cable services - including rental, purchase, and subscription choices - along with the availability of 'Step Brothers' on each platform. Now, before we get into all the details of how you can watch 'Step Brothers' right now, here are some specifics about the Columbia Pictures, Mosaic Media Group, Gary Sanchez Productions, Relativity Media, Apatow Productions comedy flick.

Released July 25th, 2008, 'Step Brothers' stars Will Ferrell, John C. Reilly, Mary Steenburgen, Richard Jenkins The R movie has a runtime of about 1 hr 38 min, and received a user score of 66 (out of 100) on TMDb, which assembled reviews from 2,384 respected users.

What, so now you want to know what the movie’s about? Here's the plot: "Brennan Huff and Dale Doback might be grown men. But that doesn't stop them from living at home and turning into jealous, competitive stepbrothers when their single parents marry. Brennan's constant competition with Dale strains his mom's marriage to Dale's dad, leaving everyone to wonder whether they'll ever see eye to eye."

Office Space
Three office workers strike back at their evil employers by hatching a...

Talladega Nights: The Ballad of Ricky Bobby
The fastest man on four wheels, Ricky Bobby is one of the greatest dri...

Old School
Three friends attempt to recapture their glory days by opening up a fr...

The Wedding Singer
Robbie, a local rock star turned wedding singer, is dumped on the day...

The 40 Year Old Virgin
Andy Stitzer has a pleasant life with a nice apartment and a job stamp...

Blades of Glory
When a much-publicized ice-skating scandal strips them of their gold m...