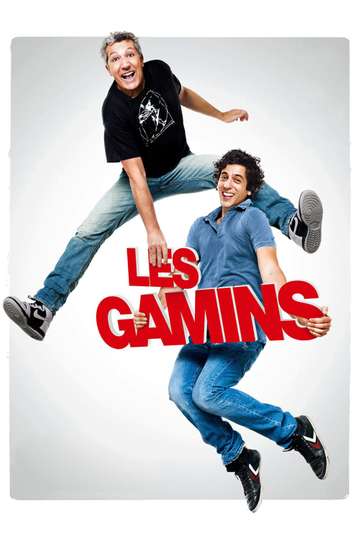 The Brats (2013)Stream and Watch Online

Want to behold the glory that is 'The Brats' on your TV, phone, or tablet? Finding a streaming service to buy, rent, download, or view the Anthony Marciano-directed movie via subscription can be a huge pain, so we here at Moviefone want to do the heavy lifting.

We've listed a number of streaming and cable services - including rental, purchase, and subscription choices - along with the availability of 'The Brats' on each platform when they are available. Now, before we get into all the details of how you can watch 'The Brats' right now, here are some specifics about the Gaumont comedy flick.

Released May 5th, 2013, 'The Brats' stars Alain Chabat, Max Boublil, Sandrine Kiberlain, Mélanie Bernier The movie has a runtime of about 1 hr 35 min, and received a user score of 61 (out of 100) on TMDb, which assembled reviews from 465 top users.

Curious to know what the movie's about? Here's the plot: "Newly engaged, Thomas meets his future father-in-law Gilbert, who has been married for 30 years to Suzanne. Disillusioned Gilbert is convinced that his marriage has meant he's missed out on life. He persuades Thomas not to marry his daughter Lola and encourages him to drop everything else in his life as well. The two men then throw themselves into a new brats' life full of adventure, convinced that freedom is elsewhere. But at what cost do we rediscover our adolescent dreams?"

'The Brats' is currently available to rent, purchase, or stream via subscription on Apple iTunes, Google Play Movies, Amazon Video, and YouTube .