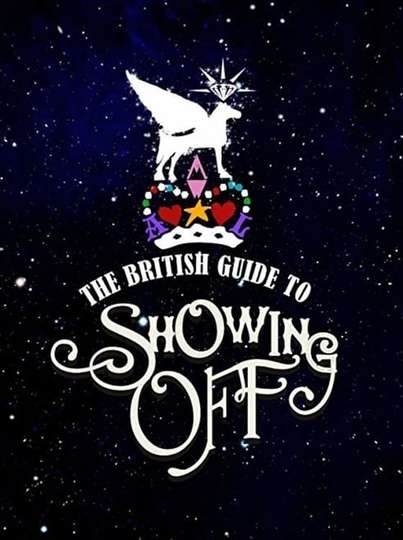 The British Guide to Showing OffStream and Watch Online

Looking to feast your eyes on 'The British Guide to Showing Off' on your TV or mobile device at home? Discovering a streaming service to buy, rent, download, or watch the Jes Benstock-directed movie via subscription can be a huge pain, so we here at Moviefone want to do the heavy lifting.

We've listed a number of streaming and cable services - including rental, purchase, and subscription alternatives - along with the availability of 'The British Guide to Showing Off' on each platform when they are available. Now, before we get into the various whats and wheres of how you can watch 'The British Guide to Showing Off' right now, here are some specifics about the documentary flick.

Released , 'The British Guide to Showing Off' stars Andrew Logan, Brian Eno, Grayson Perry, Zandra Rhodes The movie has a runtime of about 1 hr 38 min, and received a user score of 66 (out of 100) on TMDb, which put together reviews from 8 well-known users.

You probably already know what the movie's about, but just in case... Here's the plot: "Documentary about British artist Andrew Logan as he attempts to put on the 2009 edition of his Alternative Miss World. The film also presents a history of the contest (which has run eccentrically since 1972) which was set up firstly as an excuse to have a good party, but has grown into a celebration of alternative lifestyles and sexualities. The documentary mixes archive footage, animated inserts, with talking head interviews and a fly-on-the-wall look at the organisation of the 2009 event"

'The British Guide to Showing Off' is currently available to rent, purchase, or stream via subscription on Amazon Video, .