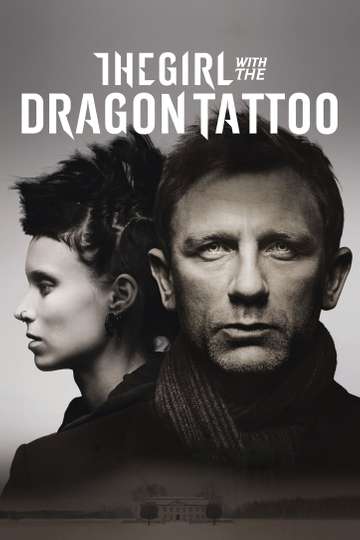 The Girl with the Dragon Tattoo (2011)Stream and Watch Online Want to behold the glory that is 'The Girl with the Dragon Tattoo' on your TV or mobile device at home? Hunting down a streaming service to buy, rent, download, or view the David Fincher-directed movie via subscription can be a huge pain, so we here at Moviefone want to do right by you.

Below, you’ll find a number of top-tier streaming and cable services - including rental, purchase, and subscription choices - along with the availability of 'The Girl with the Dragon Tattoo' on each platform. Now, before we get into all the details of how you can watch 'The Girl with the Dragon Tattoo' right now, here are some finer points about the Ground Control, Columbia Pictures, Scott Rudin Productions, Film Rites, Metro-Goldwyn-Mayer, Yellow Bird drama flick.

Released December 14th, 2011, 'The Girl with the Dragon Tattoo' stars Daniel Craig, Rooney Mara, Christopher Plummer, Stellan Skarsgård The R movie has a runtime of about 2 hr 38 min, and received a user score of 73 (out of 100) on TMDb, which assembled reviews from 5,346 well-known users.

Interested in knowing what the movie's about? Here's the plot: "This English-language adaptation of the Swedish novel by Stieg Larsson follows a disgraced journalist, Mikael Blomkvist, as he investigates the disappearance of a weary patriarch's niece from 40 years ago. He is aided by the pierced, tattooed, punk computer hacker named Lisbeth Salander. As they work together in the investigation, Blomkvist and Salander uncover immense corruption beyond anything they have ever imagined."

Black Swan
A journey through the psyche of a young ballerina whose starring role...

The Game
In honor of his birthday, San Francisco banker Nicholas Van Orton, a f...

Taken
While vacationing with a friend in Paris, an American girl is kidnappe...

The Girl Who Played with Fire
Mikael Blomkvist, publisher of Millennium magazine, has made his livin...

The Girl Who Kicked the Hornet's Nest
After taking a bullet to the head, Salander is under close supervision...

Kill Bill: Vol. 1
An assassin is shot by her ruthless employer, Bill, and other members...