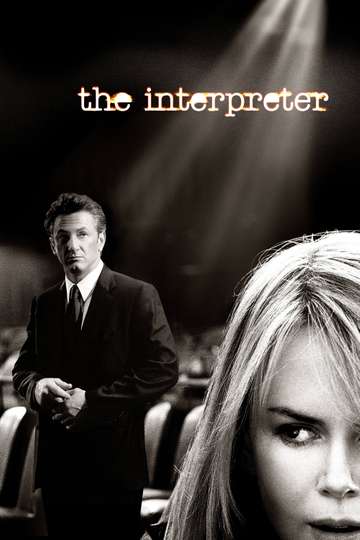 The Interpreter (2005)Stream and Watch Online

Need to watch 'The Interpreter' in the comfort of your own home? Finding a streaming service to buy, rent, download, or watch the Sydney Pollack-directed movie via subscription can be a challenge, so we here at Moviefone want to do the work for you.

We've listed a number of streaming and cable services - including rental, purchase, and subscription choices - along with the availability of 'The Interpreter' on each platform when they are available. Now, before we get into the various whats and wheres of how you can watch 'The Interpreter' right now, here are some details about the Universal Pictures, StudioCanal, Mirage Enterprises, Working Title Films, Misher Films, Motion Picture JOTA Produktions crime flick.

Released April 22nd, 2005, 'The Interpreter' stars Nicole Kidman, Sean Penn, Yvan Attal, Clyde Kusatsu The PG-13 movie has a runtime of about 2 hr 8 min, and received a user score of 63 (out of 100) on TMDb, which assembled reviews from 1,168 experienced users.

Curious to know what the movie's about? Here's the plot: "After Silvia Broome, an interpreter at United Nations headquarters, overhears plans of an assassination, an American Secret Service agent is sent to investigate."

Watch the Shadows Dance
"Obsession is the deadliest weapon."
Krüger aus Almanya
The St. Valentine's Day Massacre
"The shocking truth about events leading up to one of the most violent days in American history!"
Vidar the Vampire
The Peacemaker
"How do you get the world's attention?"

Little Man Tate
"It's not what he knows. It's what he understands."
Mali Blues
Das Schwäbische Sägewerkmassaker 2