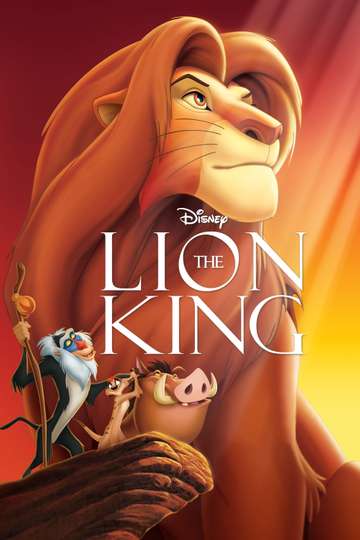 Looking to feast your eyes on 'The Lion King' on your TV, phone, or tablet? Hunting down a streaming service to buy, rent, download, or watch the Roger Allers-directed movie via subscription can be a challenge, so we here at Moviefone want to do right by you.

Read on for a listing of streaming and cable services - including rental, purchase, and subscription options - along with the availability of 'The Lion King' on each platform. Now, before we get into all the details of how you can watch 'The Lion King' right now, here are some specifics about the Walt Disney Pictures, Walt Disney Animation Studios family flick.

Released June 15th, 1994, 'The Lion King' stars Matthew Broderick, James Earl Jones, Jeremy Irons, Rowan Atkinson The G movie has a runtime of about 1 hr 29 min, and received a user score of 83 (out of 100) on TMDb, which collated reviews from 14,490 well-known users.

Interested in knowing what the movie's about? Here's the plot: "A young lion prince is cast out of his pride by his cruel uncle, who claims he killed his father. While the uncle rules with an iron paw, the prince grows up beyond the Savannah, living by a philosophy: No worries for the rest of your days. But when his past comes to haunt him, the young prince must decide his fate: Will he remain an outcast or face his demons and become what he needs to be?"

WALL·E
WALL·E is the last robot left on an Earth that has been overrun with g...

How to Train Your Dragon
As the son of a Viking leader on the cusp of manhood, shy Hiccup Horre...

Beauty and the Beast
Follow the adventures of Belle, a bright young woman who finds herself...

Finding Nemo
Nemo, an adventurous young clownfish, is unexpectedly taken from his G...

The Lion King II: Simba's Pride
The circle of life continues for Simba, now fully grown and in his rig...

Tangled
When the kingdom's most wanted-and most charming-bandit Flynn Rider hi...

Ice Age
With the impending ice age almost upon them, a mismatched trio of preh...

Monsters, Inc.
James Sullivan and Mike Wazowski are monsters, they earn their living...