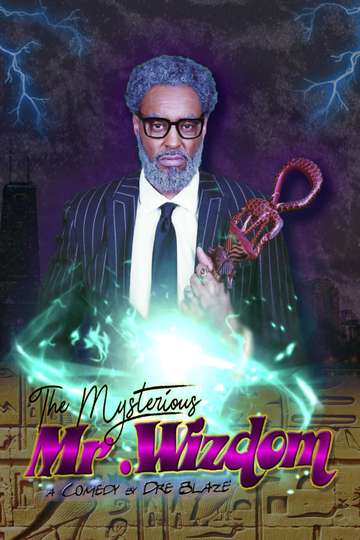 Fancy watching 'The Mysterious Mr. Wizdom' on your TV, phone, or tablet? Tracking down a streaming service to buy, rent, download, or watch the Andre Blaze Rodgers-directed movie via subscription can be a huge pain, so we here at Moviefone want to do right by you.

Released October 28th, 2020, 'The Mysterious Mr. Wizdom' stars Andre Blaze Rodgers, Joe H. Sutton, Yola'nda Bell, Jennifer Davis The movie has a runtime of about 1 hr 49 min, and received a user score of 50 (out of 100) on TMDb, which put together reviews from 1 experienced users.

Curious to know what the movie's about? Here's the plot: "The Mysterious Mr Wizdom is a clever Love Comedy about a retired cantankerous military vet named Mr. Wizdom who has a dark secret. His son Wizdom Jr along with his partner Queen and her daughter Beauty embark on an artistic life journey of Love, Romance, Pain and Mystery. Mr. Wizdom is based in the suburbs of Chicago IL. with an all black cast and crew based out of Chicago. This is a fictional story written, directed and produced by Andre Blaze' Rodgers."