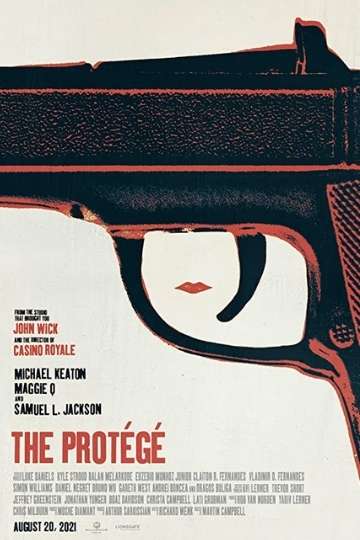 The Protégé (2021)Stream and Watch Online

Looking to feast your eyes on 'The Protégé' on your TV, phone, or tablet? Tracking down a streaming service to buy, rent, download, or view the Martin Campbell-directed movie via subscription can be difficult, so we here at Moviefone want to do the heavy lifting.

Read on for a listing of streaming and cable services - including rental, purchase, and subscription choices - along with the availability of 'The Protégé' on each platform when they are available. Now, before we get into the nitty-gritty of how you can watch 'The Protégé' right now, here are some details about the Ingenious Media, Millennium Films, Lionsgate, Signature Pictures, Campbell Grobman Films, Arthur Sarkissian Productions, Fourteen Films, I Road Productions, Seven Stars Entertainment thriller flick.

Released August 20th, 2021, 'The Protégé' stars Maggie Q, Samuel L. Jackson, Michael Keaton, David Rintoul The R movie has a runtime of about 1 hr 49 min, and received a user score of 66 (out of 100) on TMDb, which compiled reviews from 706 knowledgeable users.

Curious to know what the movie's about? Here's the plot: "Rescued as a child by the legendary assassin Moody and trained in the family business, Anna is the world’s most skilled contract killer. When Moody, the man who was like a father to her and taught her everything she needs to know about trust and survival, is brutally killed, Anna vows revenge. As she becomes entangled with an enigmatic killer whose attraction to her goes way beyond cat and mouse, their confrontation turns deadly and the loose ends of a life spent killing will weave themselves ever tighter."

Risen
"We're at the edge of a mass extinction."

Reminiscence
"Don't look back."
Silverton Siege
"Freedom is a fight."

Kate
"There's no time for mercy."

No Man of God

Vacation Friends
"They came home with some extra baggage."

Snake Eyes: G.I. Joe Origins
"Every warrior has a beginning."
Girl in the Picture
"Her identity was a mystery to everyone. Even her."

Sweet Girl
"Family fights as one."

Escape Room: Tournament of Champions
"Winning was just the beginning."

All the Old Knives

The Misfits
"They're not bad guys. They just steal from them."

The Green Knight
"When honor was everything."