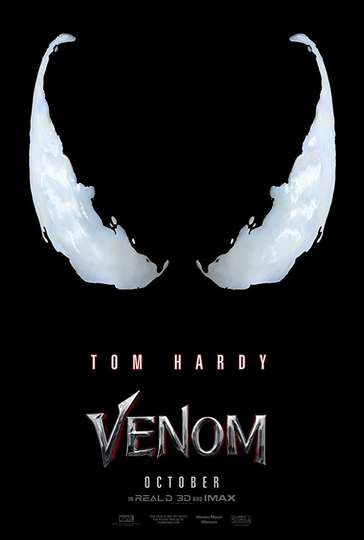 Want to behold the glory that is 'Venom' on your TV or mobile device at home? Searching for a streaming service to buy, rent, download, or watch the Ruben Fleischer-directed movie via subscription can be tricky, so we here at Moviefone want to help you out.

We've listed a number of streaming and cable services - including rental, purchase, and subscription options - along with the availability of 'Venom' on each platform. Now, before we get into all the details of how you can watch 'Venom' right now, here are some finer points about the Avi Arad Productions, Matt Tolmach Productions, Pascal Pictures, Marvel Entertainment, Tencent Pictures science fiction flick.

Curious to know what the movie's about? Here's the plot: "Investigative journalist Eddie Brock attempts a comeback following a scandal, but accidentally becomes the host of Venom, a violent, super powerful alien symbiote. Soon, he must rely on his newfound powers to protect the world from a shadowy organization looking for a symbiote of their own."

Solo: A Star Wars Story
Through a series of daring escapades deep within a dark and dangerous...

Shazam!
A boy is given the ability to become an adult superhero in times of ne...

Captain Marvel
The story follows Carol Danvers as she becomes one of the universe’s m...

Avengers: Infinity War
As the Avengers and their allies have continued to protect the world f...

Aquaman
Once home to the most advanced civilization on Earth, Atlantis is now...