Ana de Armas is starring in the movie, which will also see Keanu Reeves and Ian McShane show up from the main ‘Wick’ film universe. 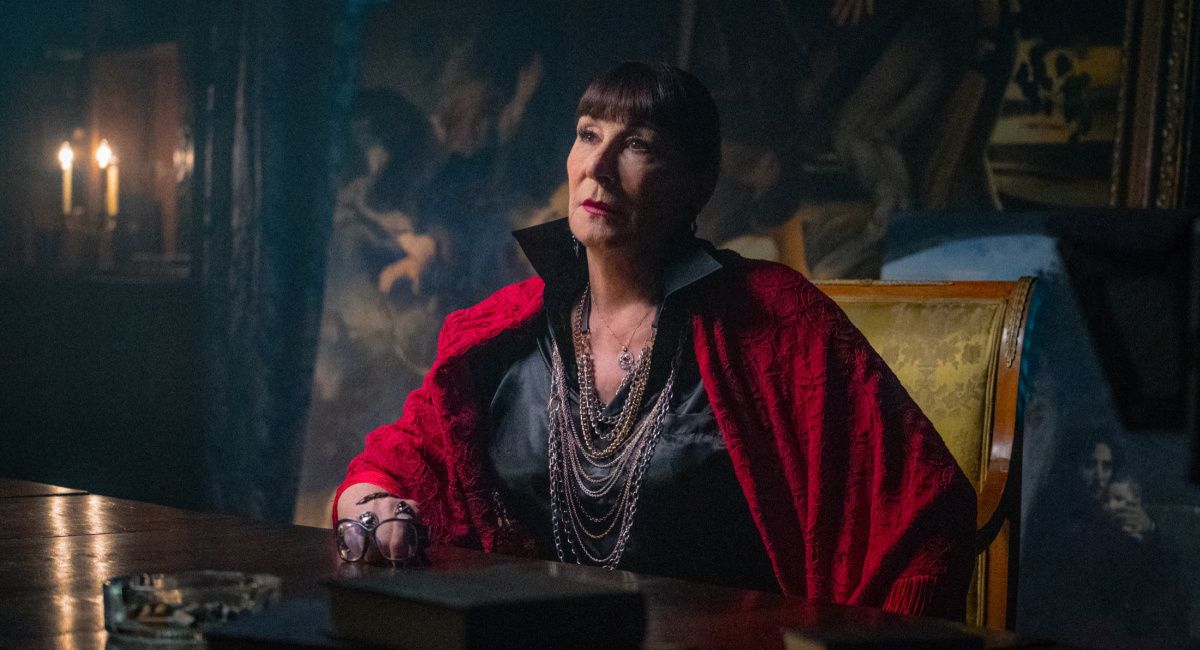 Anjelica Huston to reprise her role as the Director, starring opposite Ana de Armas in 'Ballerina,' the new film set in the 'John Wick' universe. Photo: Lionsgate.

The news continues to arrive about ‘John Wick’ spin-off movie ‘Ballerina’, which has ‘No Time to Die’s Ana de Armas starring. And from the sounds of it, it’ll be even more closely connected to the ‘Wick’ world than we thought.

Lionsgate has announced that Anjelica Huston, who debuted as crime lord The Director in ‘John Wick: Chapter Three – Parabellum’, will also show up in ‘Ballerina.’

This makes sense, since The Director, who is the head of the Ruska Roma crime organization, is seen in that third movie training up young female ballerinas with some very harsh techniques. And she also oversees the training of male orphans as assassins.

It’s to the Director that Keanu Reeves’ embattled hit man comes to for help, though her assistance costs her when the High Table – controllers of crime in the ‘Wick’ world – decide to punish her giving some who is excommunicado by stabbing her in the hands. No one says they’re not literal when it comes to rough justice.

“The idea of ‘Ballerina’ was formed around the scenes with Anjelica in ‘John Wick 3’, says producer Erica Lee. “Anjelica Huston is an icon and is nothing less than Hollywood royalty. The world of Wick is always made richer by her commanding screen presence.”

Len Wiseman, better known for the likes of the ‘Underworld’ franchise and ‘Live Free or Die Hard’, is in the director’s chair for the movie, which has a script from ‘Parabellum’ co-writer Shay Hatten.

Lionsgate also previously announced that Ian McShane, who has played Winston, the complicated manager of the Continental Hotel seen in the movies, will be back to reprise the role.

News leaked earlier this month that the key figure in the entire franchise – that would be Keanu Reeves himself – will also show up in the spin-off.

There is, of course, no information about what Wick might be doing in the movie (besides kicking, punching and shooting people, we can only assume), or how big his involvement will be beyond a potential cameo, since this is really intended to focus on de Armas’ character.

‘Ballerina’ will follow the Ballerina character glimpsed briefly (and there played by Unity Phelan) in ‘Parabellum’ and tracks a young assassin who seeks revenge against the people who killed her family. Which does feel apt for something set in John Wick’s world.

“We’re thrilled to have Ian McShane joining us for a pivotal role in ‘Ballerina’, says producer Basil Iwanyk. “He’s been such an integral part of the franchise since the original John Wick. It’s been fun to have him on this journey as the Wick universe expands.”

Reeves and McShane will both also be back for ‘John Wick: Chapter 4’, which put a trailer out recently.

‘John Wick: Chapter 4’ lands in theaters on March 24th next year. ‘Ballerina’ has yet to confirm a release date.

A young female assassin seeks revenge against the people who killed her family. Read the Plot