This new Blumhouse movie has Bridget Savage Cole and Danielle Krudy aboard as co-directors and will arrive via Prime Video. 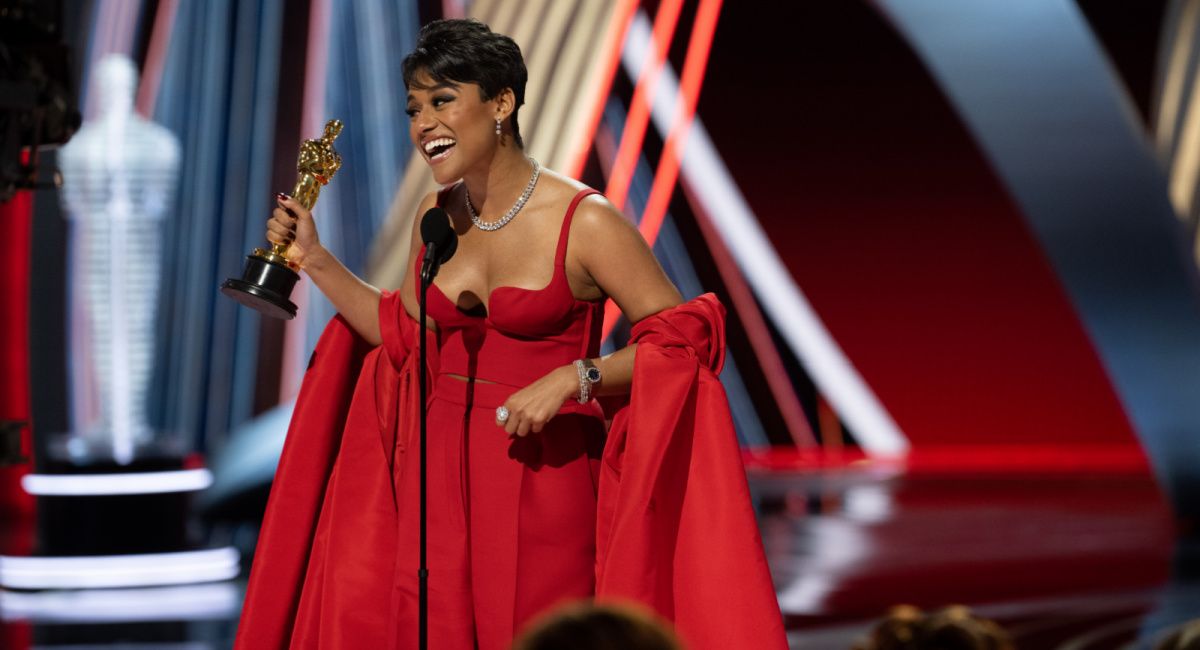 Ariana DeBose accepts the Oscar® for Actress in a Supporting Role during the live ABC telecast of the 94th Oscars® at the Dolby Theatre at Ovation Hollywood in Los Angeles, CA, on Sunday, March 27, 2022. Photo credit: Blaine Ohigashi / A.M.P.A.S.

It’s been a good year so far for ‘West Side Story’ breakout Ariana DeBose. She’s truly put her stamp on the movie world, securing a Best Supporting Actress Oscar for her role in Steven Spielberg’s musical.

She’ll also be seen this year among the sprawling ensemble cast for Matthew Vaughn’s spy thriller ‘Argylle’, will lead space pic ‘ISS’ and secured a role as Calypso in Sony’s Marvel movie ‘Kraven the Hunter.’

On TV, DeBose has been part of the cast of Apple TV’s musical comedy series ‘Schmigadoon!’ and will return for Season 2, along with a role in HBO’s ‘Westworld’.

And she’s adding a psychological thriller to her to-do list, which will see her dabbling in culinary terror from the Blumhouse team, under its deal with Amazon.

‘House of Spoils’, sounding for all the world like a discount food warehouse store, follows an ambitious chef (DeBose) who opens her first restaurant — a farm-to-table affair on a remote estate — where she battles kitchen chaos, a dubious investor, crushing self-doubts… and the powerful spirit of the estate’s previous owner who threatens to sabotage her at every turn!

Sounds like she needs Gordon Ramsay to show up and shout at people.

Bridget Savage Cole and Danielle Krudy, whose previous movie, ‘Blow the Man Down’ – about two sisters desperately trying to cover up a gruesome with run-in with a dangerous man – was picked up by Amazon just before the 2019 Toronto International Film Festival, wrote the script and will direct, starting this fall.

“Since ‘Blow the Man Down’, we have been huge fans of Bridget and Danielle’s unique filmmaking voice and knew we needed to be a part of whatever they wanted to do next,” says Amazon head of movies Julie Rapaport. “Pairing their thrilling script with Ariana’s incredible talent is a dream come true, and we could not be more excited to bring this story to the screen and to our customers around the world.”

“We’re excited to see Ariana’s fresh, bold and spirited energy that won her an Oscar in a role that is completely different,” comments president of Blumhouse Chris McCumber. “And with the gifted filmmaking team of Bridget and Danielle, the talent in front of and behind the camera is exceptional.”

Culinary thrillers seem to be a thing right now, what with ‘The Menu’ on its way in November starring Ralph Fiennes, Anya Taylor-Joy and Nicholas Hoult and featuring a chef with a killer idea for a trendy restaurant (you can watch the latest trailer for that one here).

As for ‘House of Spoils,’ it’ll arrive on Prime Video globally at some point next year.

Ariana DeBose in ‘West Side Story’