Moretz shares the challenges of acting only with her voice, and where Wednesday Addams is her life.

In the animated movie ‘The Addams Family 2,’ Chloë Grace Moretz lends her voice to Wednesday Addams, the teen daughter of Morticia and Gomez Addams. Moretz recently spoke to Moviefone about revisiting the role again.

Moviefone: Chloe, how do you figure out who Wednesday is? What do you do as you are voicing the character?

Chloë Grace Moretz: I really try to get into the physicality of her. I think one thing that's super important with animation is not holding back on your physicality and getting into the character, even on a character Wednesday, who's fairly monotone most of the time. It's really trying to get into the physicality and visualizing her as a person and not just a voice. And so we had a wonderful time trying to navigate that in this one, especially with the large range of emotion that she comes across in this story. And what does sentimentality seem like to Wednesday? How does she process butterflies in her stomach and nervousness? 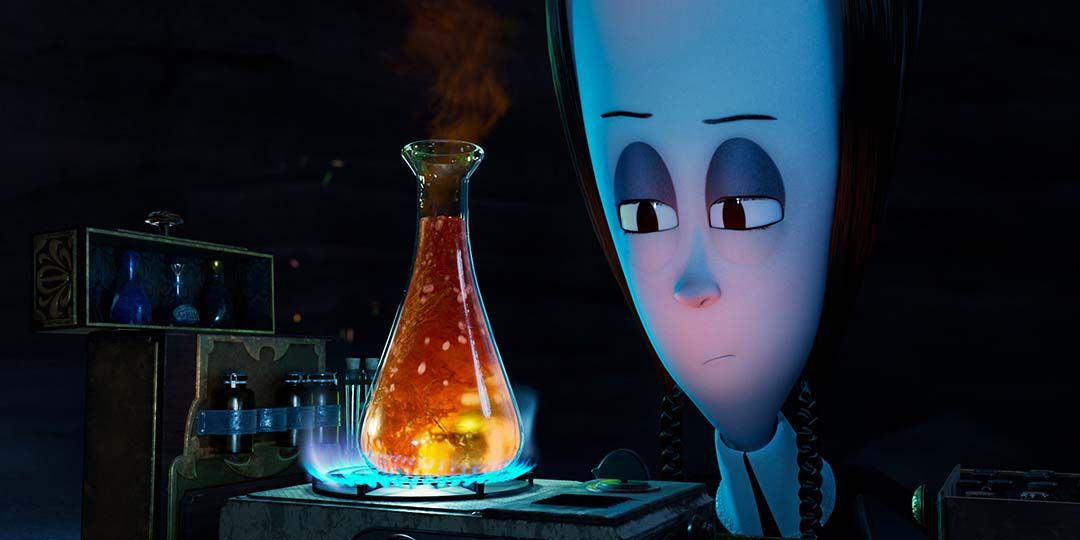 MF: You're voicing this character by yourself in a booth. You said, though, you do have a lot of physicality. Would you say it's harder to voice the character than it is to actually physically perform a role?

Moretz: Yeah. I think when you have the ability to be on camera acting with your face and your voice and your body, you have so many more weapons in your arsenal to use. You can really find and by any means possible the ability to get the scene across or the character across, and you have a lot more ability to do things. So for sure. I think with voice-over, it is a little bit more constraining, and it's a really fun mental puzzle to try and figure out how can I have this character come across with only my vocal cords? That's all I have. So it's a really fun, tricky circumstance to be in. I love it.

MF: Well, in this movie, Wednesday, I feel like she knows in herself who she is, but she feels like she doesn't belong in her family, which is normal for a girl that age. But what does Gomez, her dad, decide he wants to do?

Moretz: Well, he sees his daughter growing up and becoming her own person. And the first thing that he wants to do is smother her with love. So he decides to throw them in a camper van and take him across the country for three weeks, sharing rooms, the same toilets, probably everything the same, which is probably the worst you can do to a young girl going through her angsty stage.

MF: And that camper. That camper is incredible.

Moretz: It's hilarious. The stained-glass windows are so funny to me, and the chandeliers, and the lion, I think, that comes with them is my favorite. The fact that they had their pet lion come on board with them, where some people would usually bring a dog or something. It's just so classic Addams family.