The actors that play Keef and Laura, respectively, discuss the second season of their popular Hulu series. 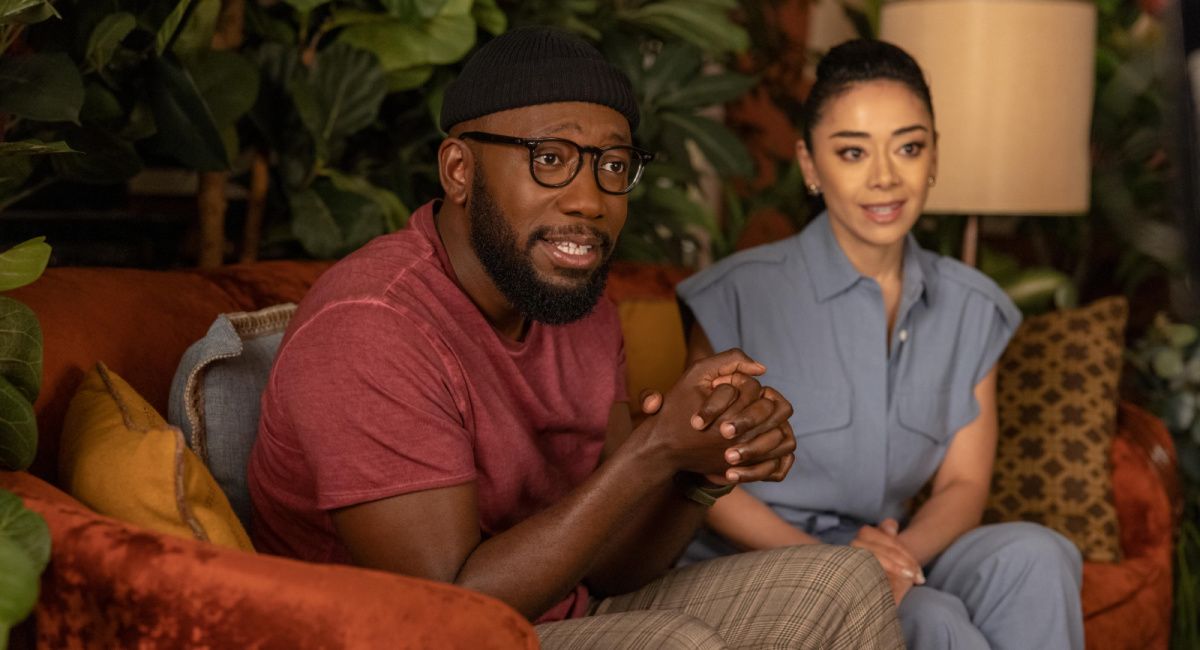 Premiering on Hulu beginning April 8th is the second season of the popular series ‘Woke.’

The series follows Keef (Lamorne Morris), a cartoonist on the verge of mainstream success when a traumatic event gives him the ability to see and hear inanimate objects talking to him. The series blends live-action with animation.

Moviefone recently had the opportunity to speak with Lamorne Morris and Aimee Garcia about season 2 of ‘Woke.’

You can read the full interview with Lamorne Morris and Aimee Garcia below or watch a video of our interviews with Morris, Garcia, T. Murph and Sasheer Zamata in the player above.

Moviefone: To begin with, Lamorne can you tell us where we find Keef when season 2 begins?

Lamorne Morris: He's probably not as woke as he thought he was. He was very surface level in the first season. Something happened to him and he talked about it. It was real to him. He dealt with it internally. He had his PTSD moments. He was talking to cartoon objects and inanimate objects.

Then in season two, it hits him that there are other people who don't look like you that are going through other things too. Now that you have that microphone and the cameras are on you, people want you to be a voice for them, and can you? Can you be a voice for them or are you still caught up in your own issues? Then he realizes that maybe he's not as cut out for this as he thought he was.

MF: Aimee, your character is new to the series in season 2. What’s your take on Laura?

Aimee Garcia: I think what makes this show so good, is you kind of laugh and then you squirm, and then are these people well-intentioned or are they not? Personally, I think she really does want to affect positive change. I just think that she's a business woman that understands that sometimes you have to make deals with people that you don't completely align with, but it will be for the greater good of helping the big picture.

It's so funny because I usually always play a super goofy, likable character, and in this one I'm like, "Oh, is she the villain? I don't know?" So, I think what she wants is Keef’s authentic grassroots brand, his relatability, and his charm. I mean, look no further, and the fact that people just gravitate to him.

I think she sees him as a great partner. He has no resources. She does. He's completely grassroots. She's a complete Silicon Valley, CEO, businesswoman. He's totally guttural and impulsive. She is planned out, deliberate, and a shark. So, they're polar opposite, but I think in her mind that could affect the most change because sometimes polar opposites make for the best team.

MF: Finally, Lamorne they say “you can’t please everyone,’ but Keef really seems to try to do just that. Can you talk about that?

LM: He does. I talk about how this show mirrors and imitates life in certain ways. That's kind of how I am. That is something that I grapple with often in my personal life and it resonates through this character for sure because there's so many things going on, and he wants to help, and he's always pulled in different directions.

He thinks that to be an activist, you have to solve every problem. He can't solve one problem, you know? So, you want to solve all of them all of a sudden? It's a real and genuine thing, especially when you're on Instagram or Twitter, and you see all these people doing these great things in communities, and we're doing this, and we're doing that, and it's all these grand massive things. You go, "I want to do that too."