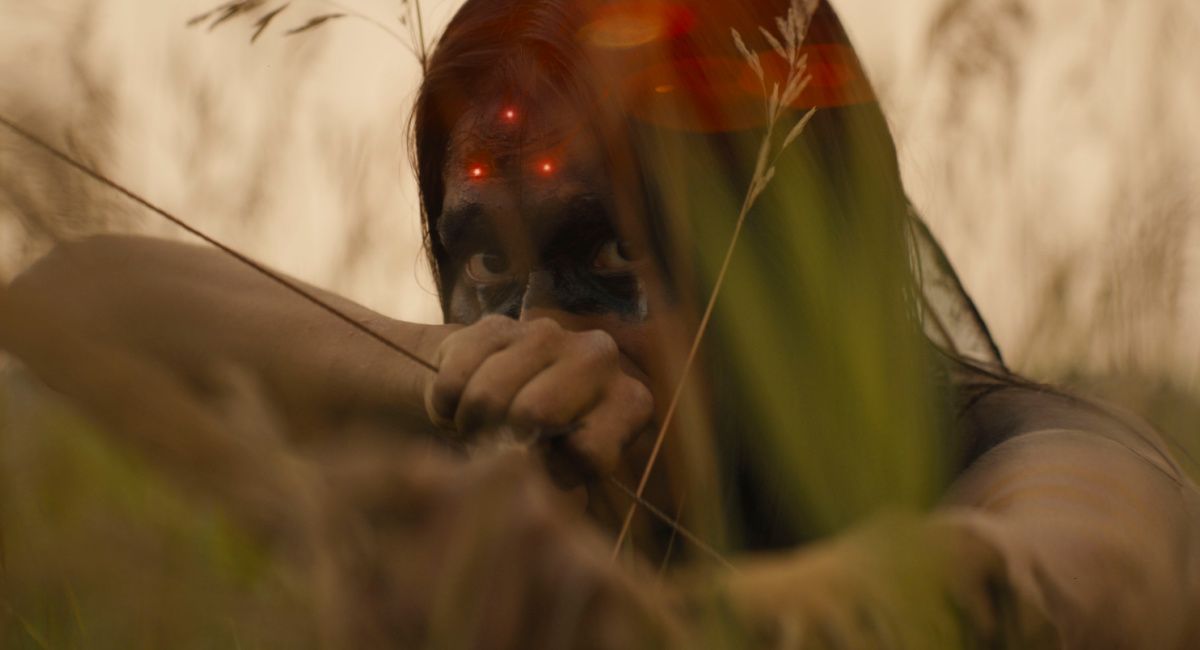 If even the genre-steeped likes of Robert Rodriguez (producer of ‘Predators’) and Shane Black (who was in the original 1987 ‘Predator’ and wrote/directed 2018 misfire ‘The Predator’) can’t crack a great movie set within the alien hunter franchise, what hope does anyone else have?

That question will hopefully be answered in positive fashion by ’10 Cloverfield Lane’ director Dan Trachtenberg, who is behind a bold new take on the ‘Predator’ mythos. He’s aiming for more success by turning back the clock and making a prequel movie, which has a new trailer online.

‘Prey’, set 300 years ago, is the story of a young woman, Naru (Amber Midthunder), a fierce and highly skilled warrior. She has been raised in the shadow of some of the most legendary hunters who roam the Great Plains, so when danger threatens her camp, she sets out to protect her people. The prey she stalks, and ultimately confronts, turns out to be a highly evolved alien predator with a technologically advanced arsenal, resulting in a vicious and terrifying showdown between the two adversaries.

The Comanche Nation is a Native American tribe today headquartered in Oklahoma, having migrated through Wyoming, Nebraska, Colorado, Kansas, New Mexico, and Texas. Trachtenberg and his team have stated their intent to present a respectful portrayal of the Comanche people in ‘Prey’. “The filmmakers were committed to creating a film that provides an accurate portrayal of the Comanche and brings a level of authenticity that rings true to its Indigenous peoples,” says a statement.

Producer Jhane Myers, an acclaimed filmmaker, Sundance Fellow, and member of the Comanche nation herself, is known for her attention and dedication to films surrounding the Comanche and Blackfeet nations and her passion for honoring the legacies of the Native communities.

Writer Patrick Aison, who developed the movie with Trachtenberg, has written for shows including ‘Treadstone’ and ‘Tom Clancy’s Jack Ryan’, while Trachtenberg broke out in the short film field and TV commercial space. Since directing the most successful ‘Cloverfield’ spin-off, he’s mostly been making episodes of TV including ‘Black Mirror’ and ‘The Boys’.

“It was very tricky to find a way to have the Predator feel, at once, 300 years earlier in iteration and in what it has to wield, but also feel still feel far more advanced than what our characters are used to and have ever dealt with before,” Trachtenberg told Collider. “That way, it really can feel like this David and Goliath grudge match unfolding. That was challenging. Some things in the trailer are teased, and I’m excited for people to watch some familiar gadgets and some familiar weapons in the arsenal, but also a lot of new things that I think are super cool and that I hope people will enjoy.”

‘Prey’ is targeting an August 5th release via Hulu.

‘Prey’ will be released on Hulu August 5th.