Meet the Real Creator of Pac-Man Fictionalized in 'Pixels' 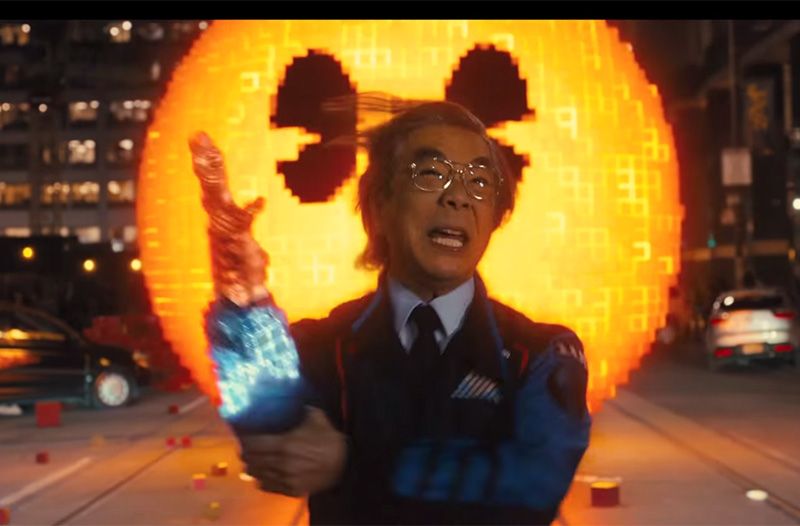 It’s a pixelated face only a father could love.

As video game characters from the '80s attack the United States, one man comes forward with an emotional plea: "Pac-Man is not bad!"

Then he has to run for his life.

Played in this scene for laughs by actor Denis Akiyama in the movie "Pixels," the character of Pac-Man’s creator is in fact based on a real person, Toru Iwatani.

As the father of the iconic yellow munch-happy arcade creature, Iwatani is no less protective of his progeny and bristles at the notion of a rampaging Pac-Man.

"Pac-Man was said to just eat bad things, and he was more for justice, which is why you would never see Pac-Man eating a human being," Iwatani tells IGN.com.

Born in Tokyo, Iwatani joined computer software company Namco in 1977, and with the help of Shigeo Funaki and Toshio Kai, went on to launch Pakku-Man in 1980. Called Pac-Man in the United States, the game was immensely popular around the world, though Iwatani did not personally profit.

"There were no rewards per se for the success of Pac-Man," he told VH1 in 2007. "I was just an employee. There was no change in my salary, no bonus, no official citation of any kind. So I didn’t buy anything for myself. And it’s really not my personal style to buy myself a present anyway."

But the decades-long love for Iwatani's little character is no surprise.

"My opinion is that Pac-Man became popular with everyone, from youngsters to elders to men and women because of our original idea to make a game that spoke to both female customers and couples," Iwatani told Time in May. "Empowering Pac-Man to chase the ghosts gives players a refreshed perspective on the game's core gameplay, and I think this idea also appeals to a new generation of female players who have grown up empowered and want to be the pursuer rather than being the pursued."

"Pixels" is out Friday. Watch the trailer below: