‘Death on the Nile’ Features a Predictable Mystery but is Enhanced by Kenneth Branagh’s Excellent Performance as Hercule Poirot.

Based on Agatha Christie’s iconic novel, the ensemble cast is strong and while entertaining, the film gets weighed down by its own source material. 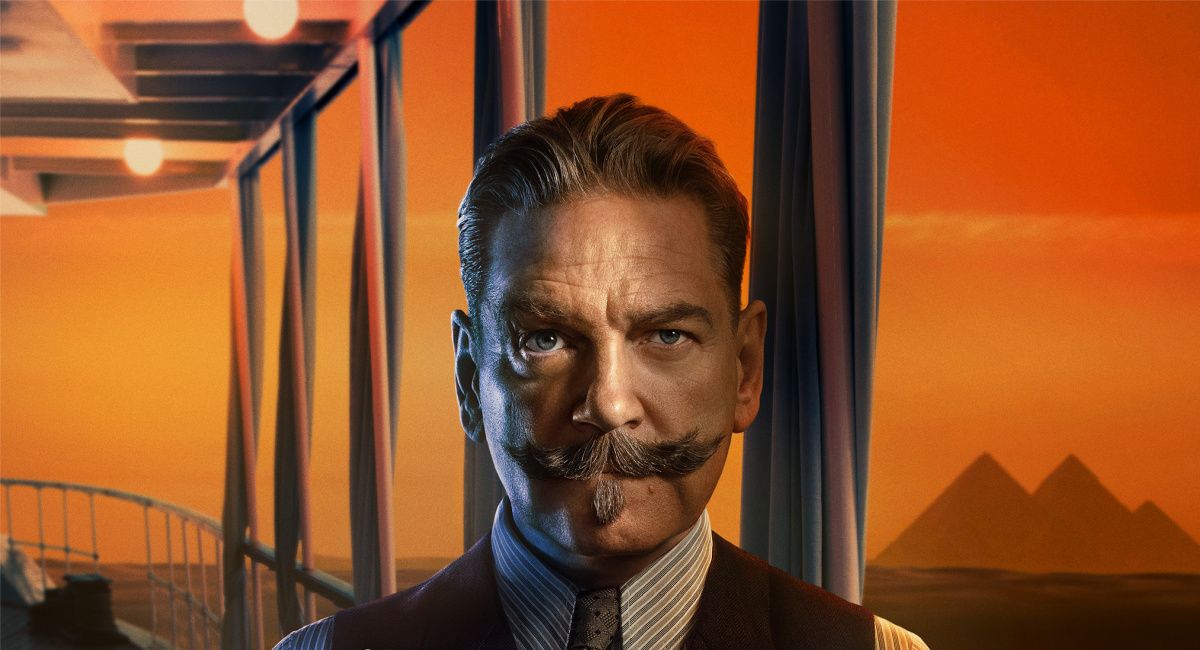 Kenneth Branagh as Hercule Poirot in 'Death on the Nile.' Photo Courtesy of Walt Disney Studios.

Opening in theaters on February 11th is ‘Death on the Nile,’ which is a sequel to 2017’s ‘Murder on the Orient Express.’ Based on Agatha Christie’s classic novel, the movie is once again directed by Kenneth Branagh, and also stars Branagh as the world-famous detective, Hercule Poirot.

The supporting cast includes Gal Gadot (Wonder Woman 1984), Armie Hammer (Call Me by Your Name), Emma Mackey (‘Sex Education’), Annette Bening (American Beauty), Russell Brand (Forgetting Sarah Marshall), Rose Leslie (‘Game of Thrones’), Letitia Wright (Black Panther), and Tom Bateman as Bouc, who also reprises his character from ‘Murder on the Orient Express.’ The result is an entertaining mystery, that is not difficult to solve, but is lifted up by the cast, Branagh’s direction, and his signature performance as Poirot.

The movie begins with the origin story of Hercule Poirot (Branagh), which explains why he sports such a large mustache. We then see him years later at a jazz club, where he witnesses a romance between Jacqueline (Mackey) and Simon (Hammer), and Simon’s first meeting with Jacqueline’s friend, heiress Linnet Ridgeway- Doyle (Gadot).

We next find the detective, sometime after the events of ‘Orient Express,’ vacationing alone in Egypt. He quickly bumps into his old friend Bouc (Bateman), and his mother (Bening), who are there for the wedding of a friend. Poirot’s friend invites him to the celebration, and the detective is surprised to find that the newlyweds are Simon and Linnet, who he observed from a far when they first met.

Trouble begins when Linnet’s old friend and Simon’s jilted lover, Jacqueline arrives on the scene. Linnet and Simon ask Poirot to intervene, but since she has committed no crime, there is nothing he can do. In order to get away from Jacqueline, Linnet hires a ship to take her and her guests down the Nile. Poirot joins the party, but when a murder takes place, and everyone is a suspect, the detective will have no choice but to do what he does best … solve the crime!

After a decade of directing studio blockbusters like ‘Thor,’ ‘Cinderella,’ ‘Jack Ryan: Shadow Recruit,’ and ‘Murder on the Orient Express,’ Branagh was finally able to make his passion project, ‘Belfast.’ The film was critically acclaimed and has recently gone on to be nominated for several Academy Awards including Best Picture and Best Director for Branagh. ‘Death on the Nile’ was shot in 2019, before ‘Belfast,’ and was delayed because of the pandemic. While his new film can’t compare to the brilliance of ‘Belfast,’ it is a serviceable murder mystery and an enjoyable movie, with a very entertaining cast and a really great performance from Branagh himself.

Hercule Poirot is a classic literary character and a difficult role to play, as it is easy for an actor to get lost behind that mustache, as Branagh did a bit in ‘Orient Express.’ But by showing the character’s origin story, while also explaining why he lives a solitary life, it makes the character more relatable to the audience. Branagh is also more comfortable in his role this time around, and really commands the screen every scene he’s in. It was also really smart to bring back Tom Bateman as Bouc, which not only bridges Branagh’s two Agatha Christie movies, but also gives Poirot a confidant and someone to care about.

The supporting cast are all very good in their roles, especially Annette Bening as Bouc’s overbearing mother. English comedians Jennifer Saunders and Dawn French are very funny as a socialite and her nurse, while Russell Brand gives a very against-type performance as the quiet and vulnerable Linus, Linnet’s former fiancé. Actress Emma Mackay gives an outstanding breakout performance as Jaqueline, and based on her work, I think we’ll be seeing a lot of great things from the 'Sex Education' actress in the future.

But outside of Branagh’s performance as Poirot, the film really belongs to Gal Gadot. She is absolutely stunning in the film and commands her scenes with grace and power. She plays Linnet as a kind soul with too much money at her disposal, forcing her to trust no one. This can make the character a bit cold at times, but Gadot’s performance is never unlikable. In one of her best scenes, Gadot does not say a word, just simply walks the length of the ship while sailing on the Nile. Beautifully shot by Branagh, this scene tells us everything we need to know about the character.

While it may be a better movie pound-for-pound than ‘Orient Express,’ ‘Nile’ is not without its faults. The film allows more time for character development, especially with Poirot, which is great, but it also means that the “mystery” really doesn’t begin until halfway through the movie. There is a lot of set up. Necessary of course, but perhaps it could have been streamlined a bit.

Unfortunately, even if you’ve never read an Agatha Christie book or seen an adaption before, her work is so baked into our culture now, her mysteries can be very predictable. Without reading the novel or seeing the 1978 movie, I knew who the killer was almost as soon as the murder took place. I just know how Agatha Christie mysteries work, which is the biggest problem with the film. But in the end, thanks to Branagh’s performance, as well as Gadot and the supporting cast, ultimately ‘Death on the Nile' is still an entertaining movie.

Death on the Nile

Guess which title character Michael Caine plays in 'Four Kids and It'?