Daniel Craig returns as drawling detective Benoit Blanc, who this time is solving a fresh case on a Grecian island, and Johnson is ready to discuss it. 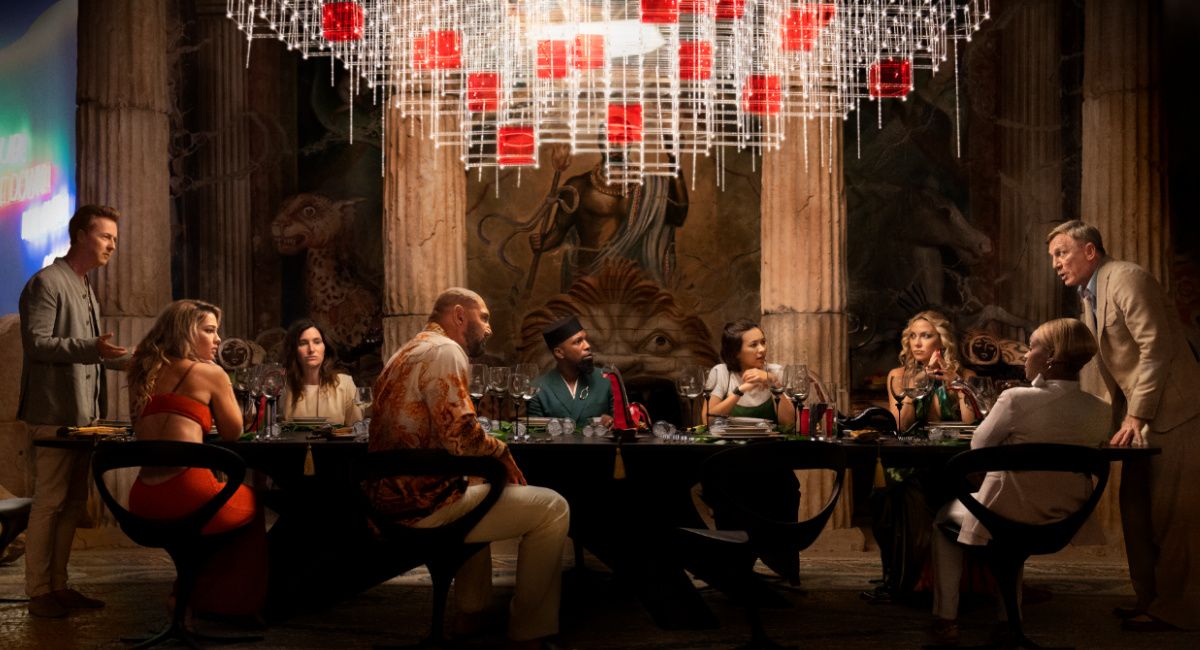 It’s hardly a mystery as to why Netflix quickly snapped up the rights to two more ‘Knives Out’ movies after writer/director Rian Johnson’s star-studded murder mystery did well at the box office in 2019.

That film, which starred Daniel Craig as southern-fried detective Benoit Blanc probing the secrets of the uptight, wealthy Thrombey after the mysterious death of patriarch Harlan (Christopher Plummer), featured the likes of Jamie Lee Curtis, Chris Evans, Michael Shannon, Don Johnson, Toni Collette and Katherine Langford. It also had one of the breakout turns for Ana de Armas, who played Harlan’s nurse and came to factor much more deeply into the story.

‘Knives Out’ made more than $300 million at the box office, which might not seem like a lot in a time of billion-dollar earners, but that was off the back of a thrifty $40 million budget.

So Netflix was quick to offer up a hefty $469 million deal, which locked in Johnson, Craig and producer Ram Bergman for two sequels. The first, ‘Glass Onion: A Knives Out Mystery’ arrives on the streaming service later this year and we have a new look at the movie.

Director Rian Johnson and Janelle Monáe on the set of 'Glass Onion: A Knives Out Mystery.'

When tech billionaire Miles Bron (Edward Norton) invites some of his nearest and dearest for a getaway on his private Greek island, it soon becomes clear that all is not perfect in paradise. And when someone turns up dead, well, who better than Blanc to peel back the layers of intrigue?

“You try and invite people that you like,” Johnson says. “But the reality is you never know. At the end of the day, just trying to get the best actors in each part, the actors that are most right for each individual part. So, you also just throw the dice and hold your breath. Luckily, we got a great group that really meshed.”

And one of the big elements this time is learning more about our main man, the dude with the drawl and the keen detective skills.

“You definitely get to know him a little bit better,” Johnson says. “In the first one, because of the way it was structured, Marta, Ana’s character, was very much the protagonist. In a big way, Blanc was the threat. He was almost the antagonist in terms of just the story structure because you were worried, even as they got closer, that he was going to catch her and he was going to have to turn her over at the end. Whereas, in this one, Blanc gets an invitation to come to this murder mystery on this island. We’re very much meeting these people and getting into this world through his eyes.”

‘Glass Onion: A Knives Out Mystery’ will be out for a limited theatrical release (details forthcoming) ahead of its Netflix launch on December 23rd. We suspect… foul play.

Detective Benoit Blanc travels to Greece to peel back the layers of a mystery involving a new cast of suspects. Read the Plot