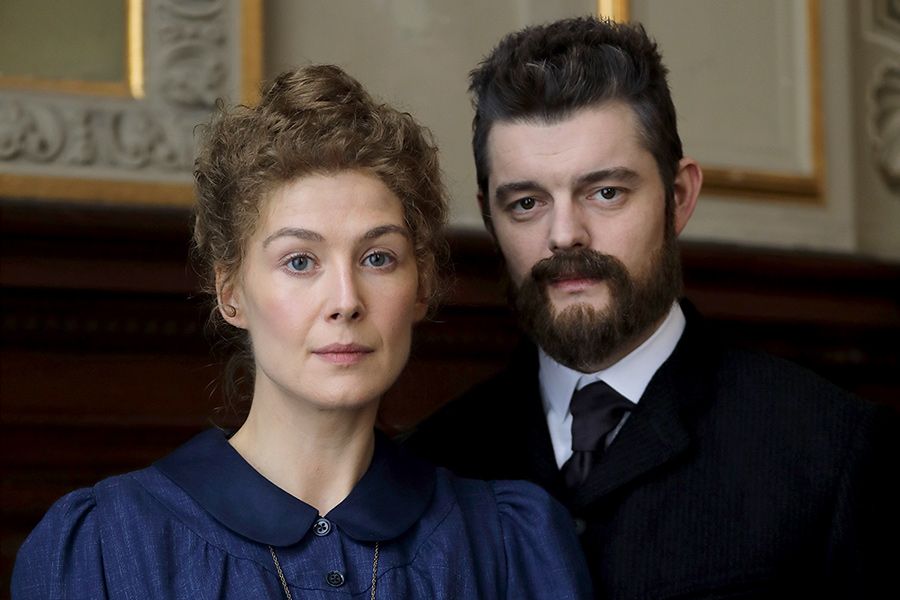 In the upcoming film 'Radioactive,' Rosamund Pike and Sam Riley play Marie Curie and Pierre Curie. Born Marie Sklodowska, the Polish-born scientist made history with the discovery of the elements radium and polinium. She would go on to be the first woman in history to win a Nobel Prize, and she would later win another as well.

In the clip below, the Curies present the results of their search for a new element:

In late 19th century Paris, Polish-born genius Marie Sklodowska met fellow scientist Pierre Curie (Sam Riley). The pair went on to fall in love, marry, raise two daughters -- and change the face of science and our world forever as their work proved the existence of what Curie called "radioactivity." In 1903, the pair jointly won the Nobel Prize in Physics for their discovery, making Marie the first woman to earn the esteemed prize.

After the death of her beloved Pierre from a tragic accident in 1906, Marie’s commitment to science remained strong and her work 'discovering' and explaining previously unknown radioactive elements went on to win her a second Nobel Prize, even as it became terrifyingly evident that Curie's work in radioactivity would lead to applications in medicine that could save lives by the thousands -- or applications in warfare that could destroy them by the billions.

'Radioactive' will be available on Prime Video on July 24.

Watch Rosamund Pike as Marie Curie in the trailer for 'Radioactive'