What Universe Does 'Morbius' Really Take Place In?

We break down the new Morbius trailer for hidden Easter eggs and try to discover exactly which cinematic universe it is set in. 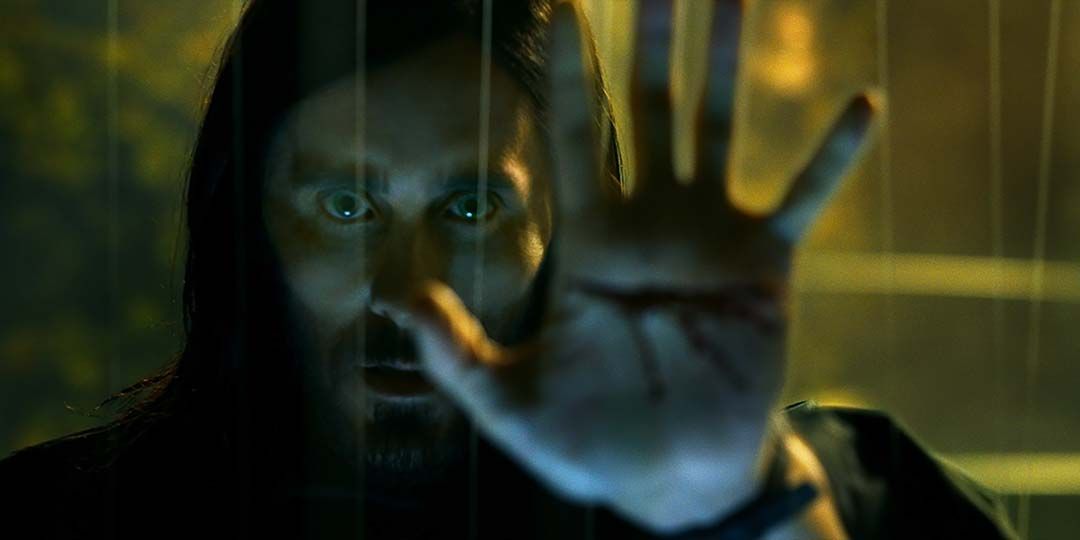 Last week, the new 'Morbius' trailer dropped, which is the upcoming Sony/Marvel movie based on the popular Spider-Man villain. Directed by Daniel Espinosa ('Safe House') and set for release on January 28, 2022, the film tells the story of Michael Morbius (Oscar winner Jared Leto), a brilliant scientist with a rare blood disease who takes a dangerous cure that gives him a form of vampirism. In addition to Leto, the movie also features Matt Smith ('Doctor Who'), Adria Arjona ('Triple Frontier'), Tyrese Gibson ('F9') and Jared Harris ('Foundation').

Since the film is based on a Spider-Man character, which is owned by Sony and not Disney, most assumed that 'Morbius' would be set in the 'Venom' universe, or even its own, but the new trailer certainly puts both of those options in question. Let’s take a look at all the different options, and the evidence in the trailer that points in those directions.

EVIDENCE FOR THE 'VENOM' UNIVERSE

There are several very clear references to Venom in the trailer. The clearest one comes at the very end when Leto’s Morbius attacks an unsuspecting victim and says Venom’s catchphrase, “I Am Venom.” Another clue comes halfway through the trailer when an FBI agent mentions to Gibson’s Agent Simon Stroud, “We haven’t had anything like this since that thing in San Francisco,” which seems to point to the events of 'Venom,' 'Venom: Let There Be Carnage,' or both. While the “San Francisco” line could just be an Easter Egg, the “I am Venom” line seems like pretty concrete evidence that the movie is set in Venom’s world… or at least “a” Venom’s world.

EVIDENCE FOR THE MCU

When the first teaser trailer for 'Morbius' dropped earlier this year, fans were shocked to see that Michael Keaton makes an appearance as his character, Adrian Toomes/Vulture, from the MCU’s 'Spider-Man: Homecoming.' The scene is brief and involves the two Spidey villains bumping into each other while they are both in custody of the authorities. This scene, at least on the surface, points to the idea that Morbius, at least partially, will take place in the MCU.

If this scene takes place towards the end of the movie, or is even from an end-credit scene, then it is possible the film starts in its own universe but that at some point Morbius crosses over to the MCU somehow. It’s not unheard of, spoiler alert for 'Venom: There Will Be Carnage,' as that is exactly what Tom Hardy’s Eddie Brock does at the end of that film.

There is even more evidence, as in one scene Morbius walks by a wanted poster that has a picture of Spider-Man, graffitied with the word “murderer,” which follows story threads from 'Spider-Man: Far from Home.' But there is one problem with that theory…

EVIDENCE FOR THE TOBEY MAGUIRE UNIVERSE

While the Spider-Man wanted poster fits with what we know about the upcoming 'Spider-Man: No Way Home,' it’s not Tom Holland’s Spider-Man in the picture! Eagle-eyed viewers will notice that this Spider-Man closer resembles Tobey Maguire’s version from the Sam Raimi films. Now of course there have been rumors that with the multiverse plot involved in 'No Way Home,' Tobey Maguire and/or Andrew Garfield could make an appearance. We know that two of each of their villains, Doc Ock and Sandman, and Lizard and Electro, respectively will make appearances. So, if Maguire in fact is going to appear in 'No Way Home,' and there is no real evidence at this point to believe that he will, it would make sense to sprinkle some of the character throughout 'Morbius.'

There is also more evidence pointing to the Raimi films, as the Daily Bugle logo seen on a newspaper in a quick shot in the trailer is the logo from the Tobey Maguire movies and not the Fox News type logo used in the MCU films. But wait, there are also some Easter eggs on the newspaper that would lead one to believe that the film is set in the same universe as the Andrew Garfield movies!

EVIDENCE FOR THE ANDREW GARFIELD UNIVERSE

If you look closely at the newspaper, you will see two headlines, one about the Rhino, and one that mentions Black Cat. The only live-action Spider-Man film to ever feature the Rhino was 'The Amazing Spider-Man 2,' which also included an appearance from Felicity Jones as Felisha Hardy, the character that becomes the Black Cat in the comics.

But that’s not the only clue pointing to the Andrew Garfield films, as there is a wide-shot of the city’s skyline and in the background, you can spot a building with the Oscorp logo on it. It is clearly the same logo used for the company in 'The Amazing Spider-Man' movies, leading to more speculation that we could see Garfield put on the costume again in the future.

But what does this all mean? I think the point is that we are not supposed to know, and it may not even be made clear in 'Morbius' itself. We know that Sony, who owns the film rights to all Spider-Man characters, and Disney, which owns Marvel Studios, who owns the film rights to all the other Marvel characters, almost had a split after the success of 'Spider-Man: Far from Home' but eventually came to an agreement. What exactly that agreement was we don’t really know, but assumingly it allowed Sony to integrate some of their other Marvel characters into the MCU, like Venom, for example, and Disney obviously lent out Michael Keaton’s services as well.

Knowing that 'Spider-Man: No Way Home,' at least in some way, will involve the multiverse, it makes sense to drop hints to all of the different cinematic Spider-Men in 'Morbius,' even if it’s being released after the MCU’s next installment. My guess is that the film itself will play fast and loose with whichever universe it is actually set in, and while I don’t think we should expect to see Leto in 'No Way Home,' I think Sony is definitely setting the stage so that the character could appear in the MCU at some point down the line. Not to mention that with a new Blade film starring Mahershala Ali on the horizon, as recently teased in 'Eternals,' there is no telling what type of crossovers we could see in the future.