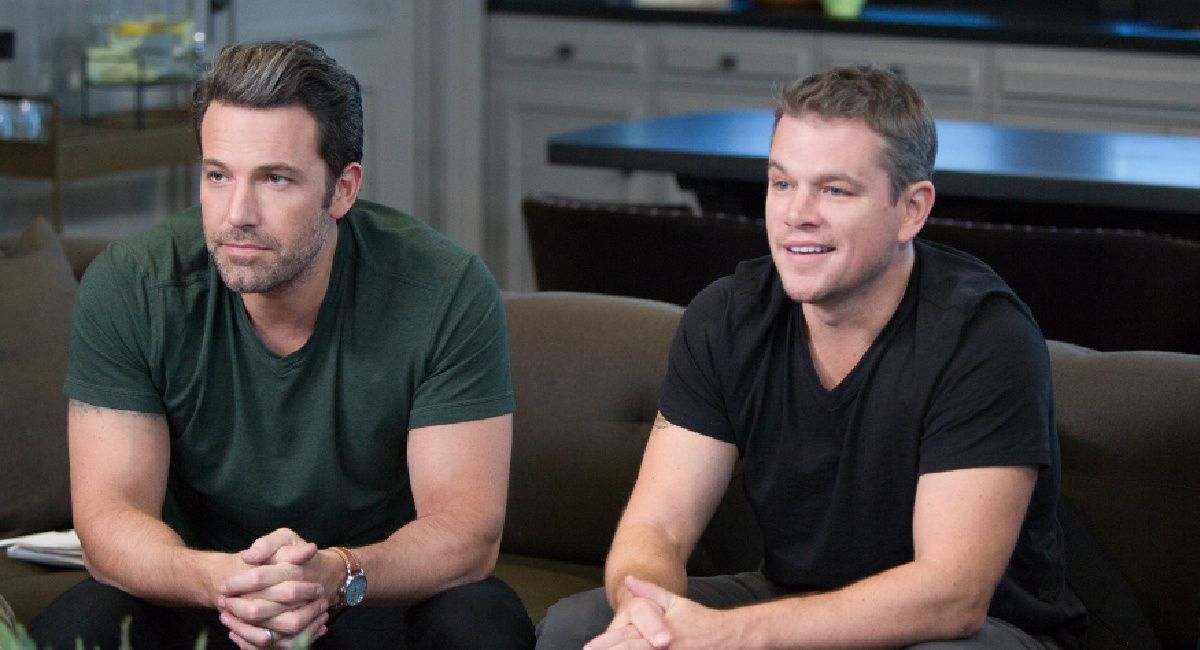 Longtime friends and occasional creative partners Ben Affleck and Matt Damon are reuniting once again for a new movie that promises to tell a true story set in the world of sports.

Specifically, the movie – which doesn’t currently have a title – follows the quest of Nike executive John Paul Vincent "Sonny" Vaccaro to sign Basketball legend Michael Jordan to a sponsorship deal with the company in the 1980s.

The movie originated as a spec script called ‘Air Jordan’ (inspired by one of Jordan’s nicknames and the iconic sneakers that title would birth) by Alex Convery. It was bought by Mandalay Pictures, which has now teamed up with Skydance Sports and Amazon Studios to produce the final film.

Affleck is locking down a deal to re-write the script, direct and co-star in the movie alongside Damon, who will also have a hand in the writing process. He’ll be playing Vaccaro, while Affleck appears as Nike co-founder Phil Knight. It’s just the latest example of Damon and Affleck writing and starring together, following their Oscar-winning success with ‘Good Will Hunting’ and their more recent efforts both in co-writing (with Nicole Holofcener) and appearing in ‘The Last Duel’ for Ridley Scott.

(L to R) Ben Affleck and Matt Damon in 'Good Will Hunting.'

Also covered in a 2015 ESPN ‘30 for 30’ documentary titled ‘Sole Man’, the story follows Vaccaro’s audacious attempts to sign Jordan to what was then the third-place shoe company, a journey that took him to Jordan’s parents, and in particular his powerful, dynamic mother, as well as to former coaches, advisors, and friends.

According to The Hollywood Reporter, Jordan will be a mythic figure hovering above the movie and never seen, even as Vaccarro tries to reach him by gaining access to those close to him and around him. The eventual deal would become the most significant relationship between an athletic brand and an athlete. The deal launched the global, multi-billion-dollar contemporary sneaker industry. So… er… spoiler alert? At least, for the two or three of you who may not have heard of Nike Air Jordans.

The documentary helped open the doors to get the movie the rights it needed as Skydance Sports boss Jon Weinbach, who co-directed that, putting him in close contact with Vaccaro. He also produced epic Jordan documentary ‘The Last Dance’, which featured the former shoe executive.

Damon will be back on our screens in a small cameo for ‘Thor: Love and Thunder’, reprising his role as an actor who played Loki in a stage production in ‘Thor: Ragnarok’. Taika Waititi’s latest MCU effort will be in theaters on July 8 this year, and recently launched its first teaser. He’s currently part of the gigantic cast for Christopher Nolan’s ‘Oppenheimer’, due out on July 21, 2023.
Damon is also an executive producer of 1990s Boston-set Showtime drama ‘City on a Hill, returning for its third season this July.

As for Affleck, he’s another of the ‘City on a Hill’ executive producers and on the film front, is scheduled to show up as Bruce Wayne/Batman in ‘The Flash’, headed our way on June 23 next year. As far as we’re aware, Affleck is not in ‘Oppenheimer’, but give Chris Nolan a day or so and that could all change.

(L to R) Ben Affleck and Matt Damon win Best Original Screenplay for 'Good Will Hunting' during the 70th Academy Awards at the Shrine Auditorium. Photo: Timothy A. Clary/AFP/Getty Images.

'The Bourne Supremacy' At 15: 13 Things You Didn't Know About The Spy Sequel