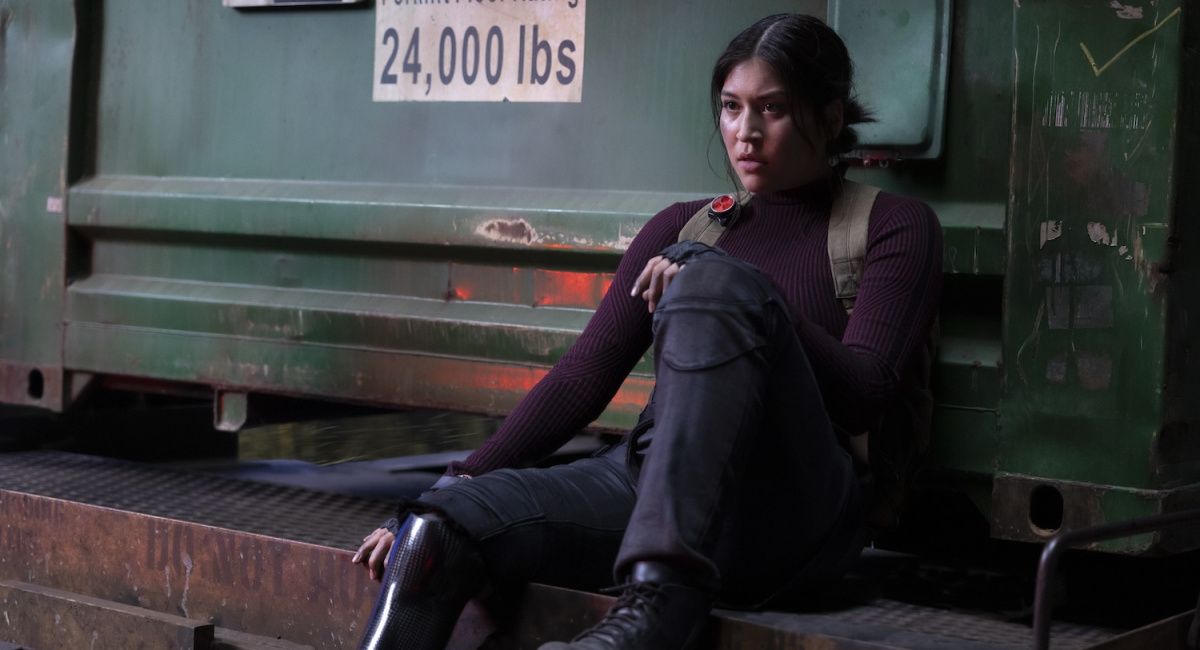 There were many things to enjoy about the Marvel/Disney+ series ‘Hawkeye’, which let us catch up with Jeremy Renner’s agent and archer Clint Barton as he wrangled with his Ronin activities in the time between ‘Avengers: Infinity War’ and ‘Avengers: Endgame’.

You had the sparky interplay between Renner and co-star Hailee Steinfeld, playing Kate Bishop, a talented arrow-slinger in her own right. The many entertaining arrows that were slung, including one that shrank enemies down to minute size. The snarkiness of Florence Pugh’s Yelena. The hulking return of Vincent D’Onofrio’s Wilson Fisk, AKA Kingpin. And of course, Pizza Dog!

Amongst it all was the arrival of a new talent, as deaf actress Alaqua Cox played Maya Lopez, the deaf, Native American head of a gangland group that caused no end of trouble for Clint and Kate.

A spin-off starring Cox as Lopez had already been announced, but it’s now shooting in Atlanta, and the first image has arrived online. This being Marvel and Disney, it doesn’t give anything away, simply showing Maya in a moment of repose in an industrial setting.

What do we officially know so far? This new series will serve as an origin story for Maya, whose ruthless behavior in New York City catches up with her in her hometown. She must face her past, reconnect with her Native American roots, and embrace the meaning of family and community if she ever hopes to move forward.

Maya’s story was certainly a fascinating one on ‘Hawkeye’, riddled with tragedy in the death of her family and watching a young, ambitious woman wrangle with her Native roots and her family’s criminal ties. The show perhaps didn’t have enough running time to give her all the space she needed, so it’s good to see that she’ll have an entire series to explore her complicated past.

When we last saw Maya, she was confronting Fisk on a New York side street – the scene ends with a gunshot and plenty of ambiguity, leaving us to wonder exactly what happened there. The new series’ origin story nature leads us to think that we might not get many answers, but hopefully it’ll address it somehow.

Cox is joined in the show by Zahn McClarnon, who returns to play her father William. Also in the cast for this one is ‘Wild Indian’s Chaske Spencer, Tantoo Cardinal, who will be seen in Martin Scorsese’s ‘Killers of the Flower Moon,’ Devery Jacobs from ‘Reservation Dogs’, Cody Lightning of ‘Run Woman Run’, and Graham Greene, who really needs little introduction given his long history in movies.

Marion Dayre will be head writer on this series, while Sydney Freeland and Catriona McKenzie will split directing duties between them.

'Echo' has yet to confirm a launch date on Disney+ – hardly a big surprise, since the cameras have literally just started rolling – but it should be on screens next year.