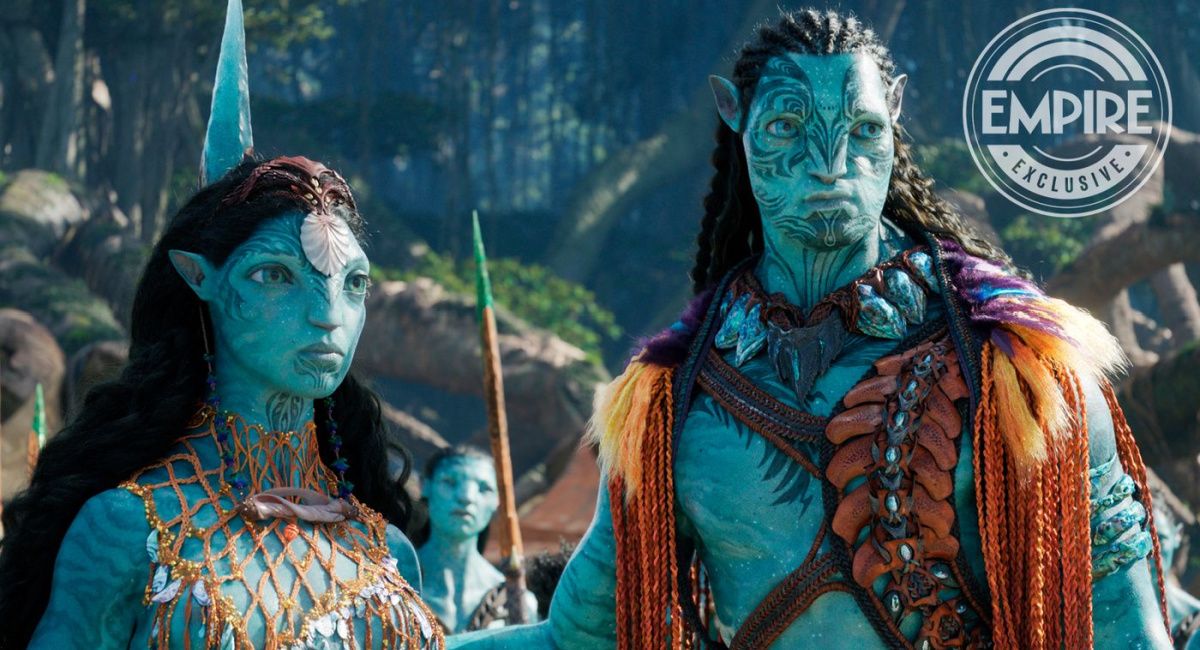 Kate Winslet as Ronal in 'Avatar: The Way of Water.' Photo courtesy of Empire Magazine.

It’s not a stretch to say that ‘Avatar’ sequel ‘The Way of Water’ stands as one of the most anticipated follow-ups of recent years. And not just because the original film landed in 2009 and we’ve been waiting more than a decade for the next chapter of sci-fi action set on the moon of Pandora.

So far, all we’ve really had is a couple of pictures, some concept art and the first teaser. But thanks to an incoming issue of Empire magazine, James Cameron has shared some new imagery and intriguing details.

First up is more information on the character played by Kate Winslet – who first worked with Cameron on the long, arduous shoot for ‘Titanic’, playing Rose. Here, she’s someone very different: a member of the alien race known as the Na’vi, who are native to Pandora and face conflict with the humans who want to mine the place for its natural resources.

Winslet will be seen, via the magic of performance capture, as Ronal (pronounced ‘Ro-nail’), who along with Cliff Curtis’ Tonowari, leads the Metkayina clan. They dwell in the shallows of Pandora’s vast oceans, and will play a major part in the upcoming adventure.

“She is deeply loyal and a fearless leader,” Winslet tells Empire. “She is strong. A warrior. Even in the face of grave danger, and with an unborn baby on board, she still joins her people and fights for what she holds most dear. Her family and their home.”

Her reunion with Cameron is a long time coming, and she acknowledges how the years in between have altered them both. “Jim and I are both totally different people now to who we were 26 years ago,” she says. “He is calmer, and I am definitely more hyperactive now!”

Sigourney Weaver, meanwhile, is even more of an old hand at working with the director, since they first collaborated together for 1986’s ‘Aliens’ and, following a few documentaries, Weaver played Dr. Grace Augustine in the first ‘Avatar’.

When it was announced that Weaver would be back for the second film, there was surprise since Augustine died helping the Na’vi. So how is she returning? Turns out, Weaver will play a different character… And the surprising angle is that it’s Kiri, the teenage daughter of Sam Worthington’s Jake and Zoe Saldana’s Neytiri.

The joy of performance capture, of course, is just this sort of switch-up, with actors able to play any age – or anything. Still, it wasn’t as simple as having Weaver act younger, as Cameron explains. “As an acting challenge, it’s big,” he says. “We’re gonna have a 60-something actor playing a character decades younger than her actual biological age. Sig thought it was all kinds of fun.”

According to the director, Weaver workshopped the role with a group of teenage girls to figure out mannerisms and posture. “Sigourney just became younger,” recalls Cameron. “She looked younger, she had more energy, and she never quite stepped out of Kiri for our whole capture period. She had a glow on her face and lightness in her step and a fun spirit.”

Let’s not forget, this is the first of a planned ‘Avatar’ onslaught, with three more movies planned in the coming years. For now, though, we can look to ‘The Way of Water’ arriving in theaters on December 16th.

Kate Winslet as Ronal in 'Avatar: The Way of Water.' Photo courtesy of Empire Magazine.