Dean Reed was born September 22, 1938, in Denver Colorado. He went to Hollywood where he signed a record contract with Capitol Records in 1958, but his third single, "Our Summer Romance" was so popular in South America he went to tour there. More popular than Elvis Presley, he stayed to enjoy his incredible fame in Chile, Peru, Argentina. He made albums, starred in movies and had his own television show in Buenos Aires.

He was known as Mr. Simpatia because he worked free in barrios and prisons and protested US policy, nuclear bomb tests etc. His politics moved to the left but he never joined the Communist party. He was deported from Argentina in 1966 and ended up in Rome, where he made "spaghetti westerns" for several years. He made his first concert tour of the Soviet Union in 1966 and became a mega star there and in Eastern Europe.

He continually got into trouble with US State Department for protesting Vietnam War and attending International Peace Conferences. He moved to East Germany (GDR) in 1973, made numerous albums, starred in several films, and wrote and directed his own. His last visit to the States in late 1985 encouraged him to dream of making a career for himself back home, especially if he could return with his current project in hand, a movie about the war between AIM and the FBI at Wounded Knee, 1973.

A GDR/Soviet Union co-production, the film had taken years to get off the ground. Just days before shooting was due to start in the Crimea, Dean Reed's body was found in the lake near his home outside of East Berlin. He had been missing for several days. Many close to him in the GDR suspected suicide; his family and friends in America believed he was murdered. 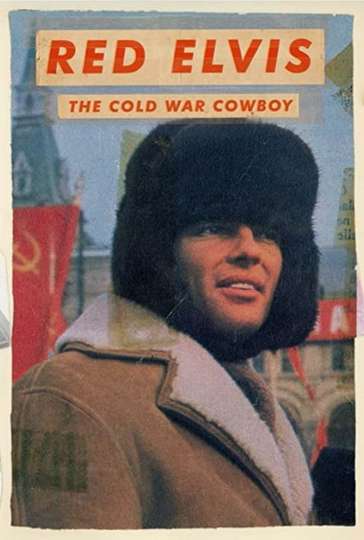