Megumi Odaka started her career in 1984 as a voice-actress (seiyū) for the animation-TV-Series Fushigi na koala Blinky aka Noozles (USA) aka The Wondrous Koala Blinky (USA), where she played the character Sandy Brown. In 1987 she started her film career at Toho with the movie "Taketori Monogatari" aka "Princess from the Moon", where she played the role of the blind girl Akeno along with Yasuko Sawaguchi, who played Kaguya, the princess.

Then she starred as Asuka along with Natsuki Ozawa and Hikari Ishida in the TV series Hana no Asuka-gumi aka "Radiant Asuka Class" (1988), based on a manga series about a 14 year old delinquent girl. Her next role was in the NHK TV-Series "Seishun kazoku" ("Youth Family") (1989). After she won the "TOHO Cinderella Contest" in 1987, where she took place with Yasuko Sawaguchi, she landed the role of Miki Saegusa in Godzilla vs.

Biollante in 1989. At this time she was a second year high school student and was first afraid of the Godzilla costume. But she quickly befriended suit-actor Kenpachiro Satsuma. However, TOHO was impressed with her acting skills and she also played Miki Saegusa in the following Godzilla vs. King Ghidorah and the rest of the Heisei Series: Godzilla vs.

Mothra, Godzilla vs. Mechagodzilla II, Godzilla vs. SpaceGodzilla and Godzilla vs. Destoroyah. She won a Japanese Academy Award for "Rookie of the year" for her performance in "Princess from the Moon" in 1988, among others. She was one of the few actors to play the same role in more than one original Japanese release of a Godzilla film (Takashi Shimura played Dr.

Kyouhei Yamane in the first two films, and Raymond Burr reprised his role as Steve Martin in the edited American releases Godzilla, King of the Monsters! and Godzilla 1985). At the end of the Heisei Series she said: "He (actor Akira Takarada) was in the first Godzilla nearly 40 years ago, before I was even born. I want to be like him at that age--if Toho is still making Godzilla movies then, I`d like to come back and appear in them as Miki Saegusa.

Making of Godzilla vs. Biollante 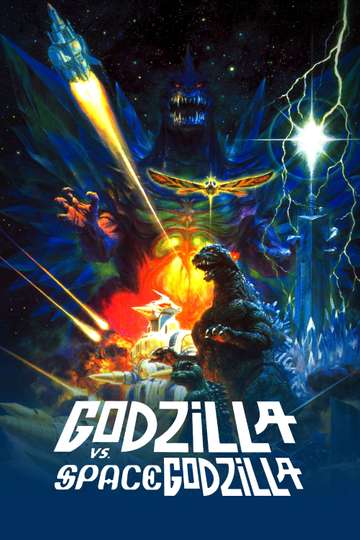 Princess from the Moon