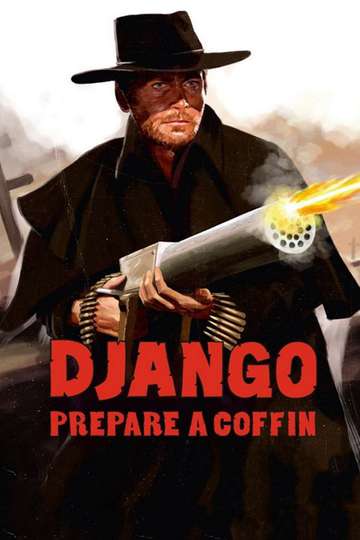 Looking to feast your eyes on 'Django, Prepare a Coffin' on your TV, phone, or tablet? Discovering a streaming service to buy, rent, download, or watch the Ferdinando Baldi-directed movie via subscription can be challenging, so we here at Moviefone want to do right by you.

We've listed a number of streaming and cable services - including rental, purchase, and subscription options - along with the availability of 'Django, Prepare a Coffin' on each platform when they are available. Now, before we get into the nitty-gritty of how you can watch 'Django, Prepare a Coffin' right now, here are some particulars about the B.R.C. Produzione Film action flick.

Released , 'Django, Prepare a Coffin' stars Terence Hill, Horst Frank, George Eastman, Barbara Simon The movie has a runtime of about 1 hr 28 min, and received a user score of 62 (out of 100) on TMDb, which put together reviews from 74 knowledgeable users.

What, so now you want to know what the movie's about? Here's the plot: "A mysterious gunfighter named Django is employed by a local crooked political boss as a hangman to execute innocent locals framed by the boss, who wants their land. What the boss doesn't know is that Django isn't hanging the men at all, just making it look like he is, and using the men he saves from the gallows to build up his own "gang" in order to take revenge on the boss, who, with Django's former best friend, caused the death of his wife years before."

God Forgives... I Don't!
"They call him PRETTY FACE! ...and his credo is simple and short and sweet!"

3:10 to Yuma
"Time waits for one man."
Tombstone
"Justice is coming."
For a Few Dollars More
"The man with no name is back... the man in black is waiting... a walking arsenal - he uncoils, strikes and kills!"
The Man Who Shot Liberty Valance
"Two great stars together for the first time!"
Chisum
"THE LEGEND - John Wayne is 'Chisum'"