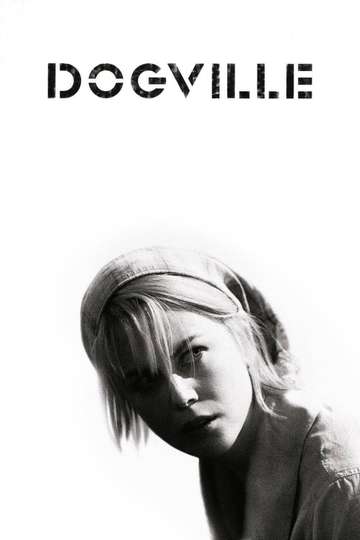 Fancy watching 'Dogville' on your TV, phone, or tablet? Tracking down a streaming service to buy, rent, download, or watch the Lars von Trier-directed movie via subscription can be a huge pain, so we here at Moviefone want to do the heavy lifting.

Read on for a listing of streaming and cable services - including rental, purchase, and subscription options - along with the availability of 'Dogville' on each platform when they are available. Now, before we get into the various whats and wheres of how you can watch 'Dogville' right now, here are some finer points about the Zentropa Entertainments, ARTE France Cinéma, DR, Trollhättan Film, Memfis Film, France 3 Cinéma, Film i Väst, SVT, TV 2, YLE, Slot Machine, 4 1/2, WDR/Arte, Liberator Productions, Nederlandse Programma Stichting (NPS), Isabella Films B.V., Invicta Capital, Edith Film Oy, Pain Unlimited GmbH Filmproduktion, Something Else B.V., Sigma Films, Zoma Films Ltd. crime flick.

What, so now you want to know what the movie's about? Here's the plot: "A barren soundstage is stylishly utilized to create a minimalist small-town setting in which a mysterious woman named Grace hides from the criminals who pursue her. The town is two-faced and offers to harbor Grace as long as she can make it worth their effort, so Grace works hard under the employ of various townspeople to win their favor. Tensions flare, however, and Grace's status as a helpless outsider provokes vicious contempt and abuse from the citizens of Dogville." .

Manderlay
"Liberation. Whether They Want It Or Not."
The Idiots
"Society is the mother of all Idiots."
Eyes Wide Shut
"Cruise. Kidman. Kubrick."
Nymphomaniac: Vol. II
"Forget About Love"
Mulholland Drive
"An actress longing to be a star. A woman searching for herself. Both worlds will collide… on Mulholland Drive."

Antichrist
"When nature turns evil, true terror awaits."
Melancholia
"Enjoy it while it lasts"
Brazil
"It's only a state of mind."
Being John Malkovich
"Ever wanted to be someone else? Now you can."
Europa
"World War II had finished, but it left indelible marks."
Breaking the Waves
"Love is a mighty power."
A Clockwork Orange
"Being the adventures of a young man whose principal interests are rape, ultra-violence and Beethoven."
Magnolia
"Things fall down. People look up. And when it rains, it pours."
The Boss of It All
21 Grams
"How much does life weigh?"
The Hours
"The time to hide is over. The time to regret is gone. The time to live is now."
The House That Jack Built
Lost Highway
"A lost road on the edge of strange…"
Nymphomaniac: Vol. I
"Forget About Love"
Requiem for a Dream
Dancer in the Dark
"You don't need eyes to see."