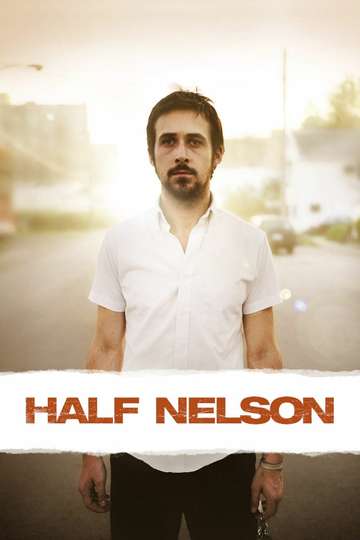 Half Nelson (2006)Stream and Watch Online

Want to watch 'Half Nelson' in the comfort of your own home? Tracking down a streaming service to buy, rent, download, or view the Ryan Fleck-directed movie via subscription can be confusing, so we here at Moviefone want to do the heavy lifting.

We've listed a number of streaming and cable services - including rental, purchase, and subscription options - along with the availability of 'Half Nelson' on each platform when they are available. Now, before we get into all the details of how you can watch 'Half Nelson' right now, here are some specifics about the Hunting Lane Films, Journeyman Pictures, Original Media, Silverwood Films, Traction Media drama flick.

Released August 11th, 2006, 'Half Nelson' stars Ryan Gosling, Shareeka Epps, Anthony Mackie, Jeff Lima The R movie has a runtime of about 1 hr 47 min, and received a user score of 67 (out of 100) on TMDb, which compiled reviews from 684 well-known users.

What, so now you want to know what the movie's about? Here's the plot: "Despite his dedication to the junior-high students who fill his classroom, idealistic teacher Dan Dunne leads a secret life of addiction that the majority of his students will never know. But things change when a troubled student Drey makes a startling discovery of his secret life, causing a tenuous bond between the two that could either end disastrously or provide a catalyst of hope."

Murder by Numbers
"The only flaw in their plan was her."
Lolita
"A forbidden love. An unthinkable attraction. The ultimate price."

Only God Forgives
"Time to Meet The Devil"

In the Valley of Elah
"Sometimes finding the truth is easier than facing it."

Fracture
"I shot my wife... prove it."
All Good Things
"The perfect love story. Until it became the perfect crime."

Lars and the Real Girl
"The search for true love begins outside the box."

Little Children
Crazy, Stupid, Love.
"This is crazy. This is stupid. This is love."

Stay
"Between the worlds of the living and the dead there is a place you're not supposed to stay."
In the House
"There's always a way in"
White Squall
"The strongest will in nature is the will to survive."

The United States of Leland
"Crime. Confusion. Compassion. They're all just states of mind."

The Place Beyond the Pines
"One moment can change your life."
The Believer
"He's a jew. He’s a Neo-Nazi. With one true enemy… Himself!"

I'm Your Man
"93% of women want one, she doesn't."
Swiss Family Robinson
"THE ADVENTURE OF ADVENTURES!"
Blue Valentine
"Nobody Baby But You And Me."

Kinky Boots
"How Far Would You Go To Save The Family Business?"