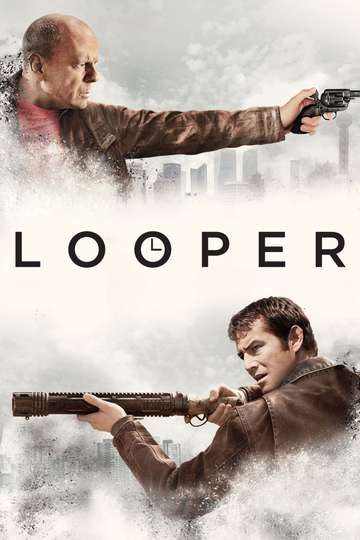 Want to watch 'Looper' on your TV or mobile device at home? Hunting down a streaming service to buy, rent, download, or watch the Rian Johnson-directed movie via subscription can be difficult, so we here at Moviefone want to do the work for you.

We've listed a number of streaming and cable services - including rental, purchase, and subscription options - along with the availability of 'Looper' on each platform when they are available. Now, before we get into the nitty-gritty of how you can watch 'Looper' right now, here are some specifics about the TriStar Pictures, Endgame Entertainment, FilmDistrict, FilmNation Entertainment, DMG Entertainment, Ram Bergman Productions action flick.

Released September 28th, 2012, 'Looper' stars Joseph Gordon-Levitt, Bruce Willis, Emily Blunt, Piper Perabo The R movie has a runtime of about 1 hr 58 min, and received a user score of 69 (out of 100) on TMDb, which compiled reviews from 8,949 top users.

Curious to know what the movie's about? Here's the plot: "In the futuristic action thriller Looper, time travel will be invented but it will be illegal and only available on the black market. When the mob wants to get rid of someone, they will send their target 30 years into the past where a looper, a hired gun, like Joe is waiting to mop up. Joe is getting rich and life is good until the day the mob decides to close the loop, sending back Joe's future self for assassination."

The Bourne Legacy
"There Was Never Just One"

Star Trek
"The future begins."
The Expendables
"Choose Your Weapon."

Oblivion
"Earth is a memory worth fighting for"

Sherlock Holmes
"Nothing escapes him."

Argo
"The movie was fake. The mission was real."

Prometheus
"The Search for Our Beginning Could Lead to Our End."
X-Men: First Class
"Witness the moment that will change our world."

The Hunger Games
"May The Odds Be Ever In Your Favor."
Die Hard
"Forty stories. Twelve terrorists. One cop."

Total Recall
"What Is Real?"