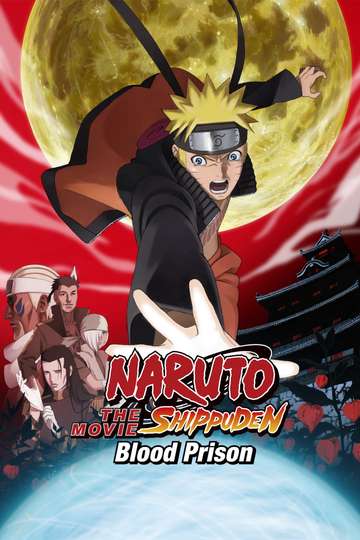 Want to behold the glory that is 'Naruto Shippuden the Movie: Blood Prison' on your TV or mobile device at home? Hunting down a streaming service to buy, rent, download, or watch the Masahiko Murata-directed movie via subscription can be tricky, so we here at Moviefone want to do the work for you.

Below, you'll find a number of top-tier streaming and cable services - including rental, purchase, and subscription options - along with the availability of 'Naruto Shippuden the Movie: Blood Prison' on each platform when they are available. Now, before we get into the fundamentals of how you can watch 'Naruto Shippuden the Movie: Blood Prison' right now, here are some details about the Aniplex, Shueisha, TV Tokyo, Pierrot, Densetsu, Bandai horror flick.

Released September 4th, 2019, 'Naruto Shippuden the Movie: Blood Prison' stars Junko Takeuchi, Mie Sonozaki, Masaki Terasoma, Chie Nakamura The PG-13 movie has a runtime of about 1 hr 48 min, and received a user score of 73 (out of 100) on TMDb, which assembled reviews from 452 knowledgeable users.

Interested in knowing what the movie's about? Here's the plot: "After his capture for attempted assassination of the Raikage, leader of Kumogakure, as well as killing Jōnin from Kirigakure and Iwagakure, Naruto is imprisoned in Hōzukijou: A criminal containment facility known as the Blood Prison. Mui, the castle master, uses the ultimate imprisonment technique to steal power from the prisoners, which is when Naruto notices his life has been targeted. Thus begins the battle to uncover the truth behind the mysterious murders and prove Naruto's innocence."