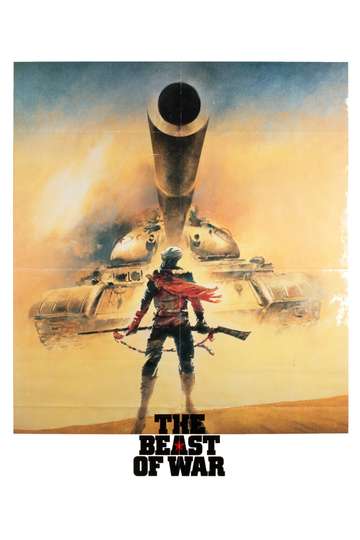 The Beast of War (1988)Stream and Watch Online

Need to watch 'The Beast of War' on your TV, phone, or tablet? Searching for a streaming service to buy, rent, download, or view the Kevin Reynolds-directed movie via subscription can be challenging, so we here at Moviefone want to do the work for you.

Below, you'll find a number of top-tier streaming and cable services - including rental, purchase, and subscription alternatives - along with the availability of 'The Beast of War' on each platform when they are available. Now, before we get into all the details of how you can watch 'The Beast of War' right now, here are some specifics about the Brightstar Films drama flick.

Released September 14th, 1988, 'The Beast of War' stars George Dzundza, Jason Patric, Steven Bauer, Stephen Baldwin The R movie has a runtime of about 1 hr 51 min, and received a user score of 71 (out of 100) on TMDb, which put together reviews from 142 top users.

Want to know what the movie's about? Here's the plot: "During the war in Afghanistan a Soviet tank crew commanded by a tyrannical officer find themselves lost and in a struggle against a band of Mujahadeen guerrillas in the mountains."

'The Beast of War' Release Dates

Ghosts of War
"You can't hide from yourself."
JFK
"The story that won't go away."
1492: Conquest of Paradise
"Centuries before the exploration of space, there was another voyage into the unknown."
War of the Worlds: Annihilation
Reversal of Fortune
"The Case of Claus Von Bulow. An American Saga of Money and Mystery."
Empire of the Sun
"To survive in a world at war, he must find a strength greater than all the events that surround him."

This Means War
"It's SPY Against SPY"
War
Punisher: War Zone
"Vengeance has a name"
Justice League Dark: Apokolips War
"The war to end all wars."

My Life Without Me
War
"Vengeance is the ultimate weapon."
Midway
"A war's defining battle. A nation's defining moment."
The Right Stuff
"How the future began."

War Room
"Prayer is a Powerful Weapon"
Battlestar Galactica: Razor
"Fear gets you killed. Anger keeps you alive."
Justice League: War
"A time when heroes became legends."
Casualties of War
"Even in war… murder is murder."
The Count of Monte-Cristo
Underworld: Endless War

J. Edgar
"The most powerful man in the world."