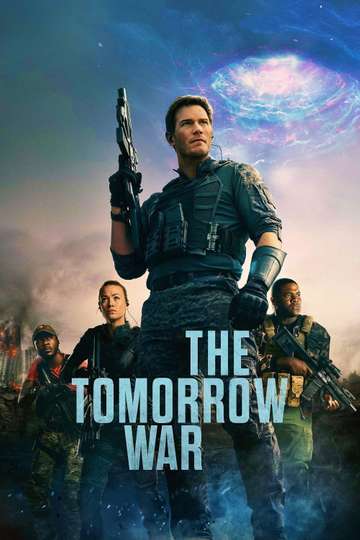 Looking to watch 'The Tomorrow War' in the comfort of your own home? Discovering a streaming service to buy, rent, download, or watch the Chris McKay-directed movie via subscription can be a challenge, so we here at Moviefone want to take the pressure off.

Below, you’ll find a number of top-tier streaming and cable services - including rental, purchase, and subscription choices - along with the availability of 'The Tomorrow War' on each platform. Now, before we get into the nitty-gritty of how you can watch 'The Tomorrow War' right now, here are some particulars about the Skydance Media, Phantom Four, Lit Entertainment Group action flick.

You probably already know what the movie's about, but just in case... Here's the plot: "The world is stunned when a group of time travelers arrive from the year 2051 to deliver an urgent message: Thirty years in the future, mankind is losing a global war against a deadly alien species. The only hope for survival is for soldiers and civilians from the present to be transported to the future and join the fight. Among those recruited is high school teacher and family man Dan Forester. Determined to save the world for his young daughter, Dan teams up with a brilliant scientist and his estranged father in a desperate quest to rewrite the fate of the planet."

'The Tomorrow War' is currently available to rent, purchase, or stream via subscription on Amazon Prime Video .

Space Jam: A New Legacy
When LeBron and his young son Dom are trapped in a digital spac...

The Boss Baby: Family Business
The Templeton brothers — Tim and his Boss Baby little bro Ted — have b...

How I Became a Superhero
Paris 2020. While superheroes have assimilated into the Parisian socie...

Fear Street: 1994
In 1994, a group of teenagers discovers that the terrifying events whi...

Narco Sub
A man will become a criminal to save his family. Director: Shawn Well...

Chris Pratt: Would You Sacrifice Yourself for the Future?

Jurassic World: The Ride is a Brilliant Reinvention of a Classic Attraction