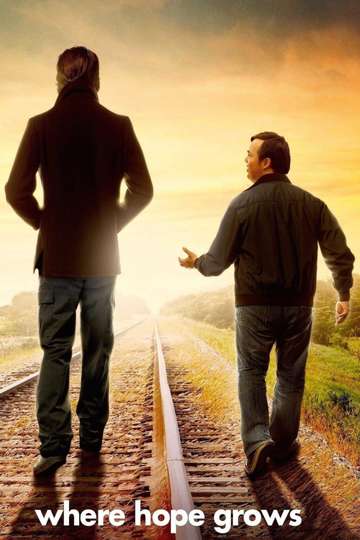 Yearning to watch 'Where Hope Grows' on your TV or mobile device at home? Searching for a streaming service to buy, rent, download, or watch the Chris Dowling-directed movie via subscription can be difficult, so we here at Moviefone want to take the pressure off.

We've listed a number of streaming and cable services - including rental, purchase, and subscription choices - along with the availability of 'Where Hope Grows' on each platform when they are available. Now, before we get into all the details of how you can watch 'Where Hope Grows' right now, here are some details about the Godspeed Pictures drama flick.

Released April 6th, 2014, 'Where Hope Grows' stars Danica McKellar, William Zabka, Kerr Smith, McKaley Miller The PG-13 movie has a runtime of about 1 hr 35 min, and received a user score of 71 (out of 100) on TMDb, which assembled reviews from 55 top users.

Interested in knowing what the movie's about? Here's the plot: "Calvin Campbell is a former professional baseball player sent to an early retirement due to his panic attacks at the plate. Even though he had all the talent for the big leagues, he struggles with the curveballs life has thrown him. Today, he mindlessly sleepwalks through his days and the challenge of raising his teenager daughter. His life is in a slow downward spiral when it is suddenly awakened and invigorated by the most unlikely person – Produce, a young-man with Down syndrome who works at the local grocery store."

Miss You Already
"When life falls apart, friends keep it together"

The Age of Adaline
"Love is timeless."

Wonder
"Who gives you the courage to face the world?"

Hello, My Name Is Doris
"She's not ready to act her age"
A Dickens of a Holiday!
"Life is what happens behind the scenes."

Hidden Figures
"Meet the women you don't know, behind the mission you do."
Mystery 101: Dead Talk
Mystery 101: Words Can Kill
Buried in Barstow
"You can't bury your past."
Dater's Handbook

The Equalizer
"What do you see when you look at me?"
Mystery 101: Killer Timing
Mystery 101