The actor has since walked her comment back on Twitter, citing “iffy” intel and admitting that she “got excited”. 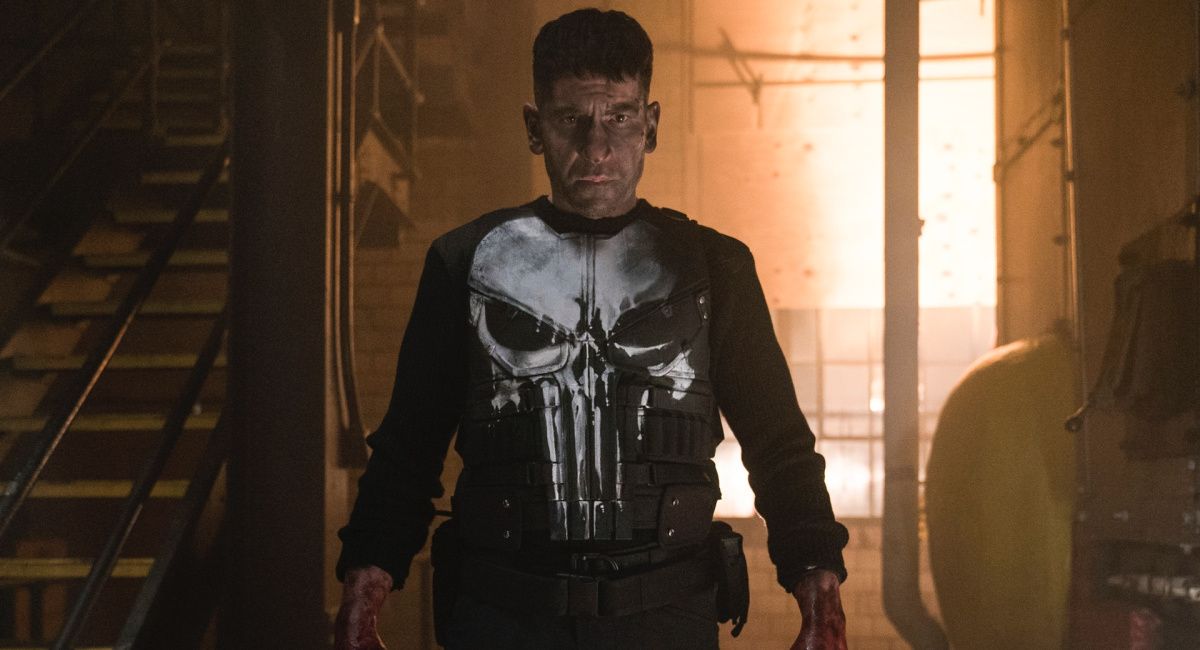 Jon Bernthal as Frank Castle in Marvel's 'The Punisher.'

Given two recent examples, Marvel must be exploring some technology to stop actors saying much of anything about their movies and TV shows at all. Perhaps they could call it the Tom Holland Technique.

Still, spoilers about projects that actually exist is one thing, but the company has now had to face performers who have roles in past projects announcing future work that isn’t yet official.

Take Rosario Dawson, who played Claire Temple – a version of the Marvel character Night Nurse – on ‘Daredevil’ and various other ‘Defenders’ Marvel/Netflix series including ‘Jessica Jones’ and ‘Luke Cage’, took to the stage at Chicago Comic & Entertainment Expo this weekend.

In answer to a question about her potential future in the Marvel Universe (and the possibility of Jon Bernthal coming back) now that the likes of Charlie Cox’s Daredevil are confirmed to return, she let slip that she’d heard that ‘The Punisher’ was coming back.

And that excited Dawson, since ‘The Punisher’ was one of the few shows she never got the chance to appear on, and she loves Bernthal.

Sadly for her, and for fans of the characters, it appears she had some bad intel and was indulging in some wishful thinking. Dawson walked back her comments on Twitter this morning:

While we’re sure Team Marvel has at least discussed the return of Bernthal’s character, we doubt Kevin Feige and co. are all that happy with actors making announcements, especially given how secretive the studio tends to be about its new movies and shows.

Which brings us to Patton Oswalt, nerd favorite and regular genre actor, who made his MCU debut (after, of course co-writing, producing and voicing a MODOK animated series) as Pip the troll in a post-credit scene for ‘Eternals’ opposite Harry Styles as Eros/Starfox.

Appearing on ‘The Today Show’ last week, Oswalt told the hosts and audience the following: “They have announced there’s going to be an Eternals sequel. Chloé Zhao is going to direct it. So, hopefully there will be more adventures of Starfox and Pip” (See the full video via Today Show’s TikTok account.)

Of course, Marvel has made no such announcement as of yet – even in its big Comic-Con presentation, ‘Eternals’ did not feature. It’s not to say Feige and his team aren’t considering more ‘Eternals’ action but given the muted reaction to the movie and its box office results, it hasn’t seemed to be a big priority for the company.

We doubt Oswalt is in big trouble, though we’re sure someone from Marvel has at least said something to him.

Right now, on the TV front, the return of Cox’s Matt Murdock and Vincent D’Onofrio’s Kingpin is official, on a show called ‘Daredevil: Born Again’. And the previous shows are available properly on Disney+. As for the future of ‘The Punisher’? We’d be thrilled to see the return of Jon Bernthal as Castle, and only too happy if Rosario Dawson shows up to interact with him.

As for ‘Eternals’? Let’s wait and see, shall we?