‘Black Adam’, ‘The Flash’, ‘Aquaman and the Lost Kingdom’ Are All Shifting Release Dates

Warners is moving its entire slate of DC movies back, except for ‘Shazam! Fury of the Gods’, which will arrive earlier. 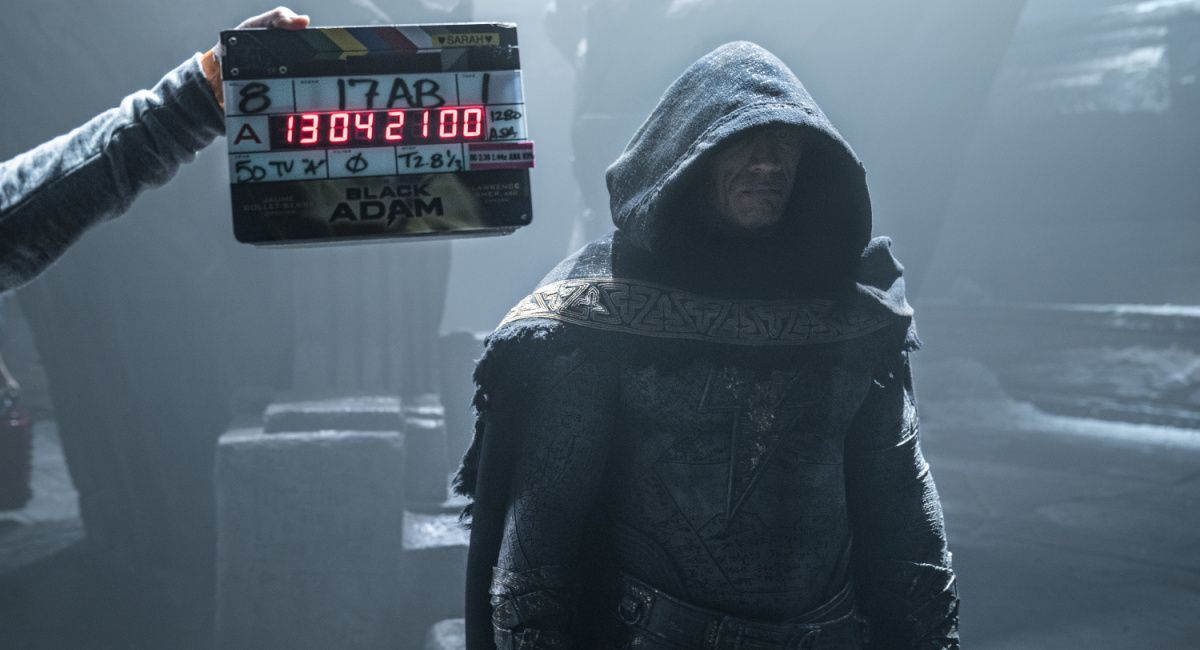 It’s all change for Warner Bros. and DC today, as some of the companies’ highest-profile movies are upping sticks and moving around the release date calendar – mostly to further in the future.

If you were anticipating the release of movies such as ‘DC League of Super-Pets’, ‘Black Adam’, ‘The Flash’ and ‘Aquaman and the Lost Kingdom’, you’re going to have to be a little more patient, as their studio has decided to make some alterations to its plans.

Warners partly puts the shifts down to covid delays affecting production and post-production on some of these giant movies, though there is also the sneaking suspicion that this is a way to get a few out of the way of Marvel or, in the case of the ‘Aquaman’ sequel, ‘Avatar 2’, especially given James Cameron’s history with the box office and the watery elements of his long-awaited sci-fi sequel, which is due in theaters on December 16th. (‘Aquaman and the Lost Kingdom’ was originally slated for that date).

Word of the changes – to ‘Super-Pets’ and ‘Black Adam’ at least – came first from Dwayne Johnson, who hit Instagram to deliver a typically positive message about his two next releases shifting back. Mostly, he seemed pumped about ‘Black Adam’s chances to play through Halloween and other holidays without (he didn’t say it, it’s implied), ‘The Flash’ to run up against.

You can find his message below:

So, then, what are the changes afoot? Let’s break it down…

‘DC League of Super-Pets’, the animated animal adventure that sees Superman’s pooch pal Krypto (Johnson) uniting with a group of unexpectedly super-powered shelter animals to save the Justice League, is moving from May 20 to July 29. The film also features the voices of Kevin Hart, Keanu Reeves, John Krasinski, Kate McKinnon and more, and recently put a new, Batman-centric trailer online.

‘Black Adam, meanwhile, stars Johnson as the usually villainous character from the ‘Shazam!’ world. From the looks of everything about the movie so far, though, it appears it’ll channel the anti-hero version that has more recently been in DC Comics.

‘The Flash’, starring Ezra Miller as the speedy hero pushing his powers to the limit in order to save his parents from death and jail, is dashing from its original November 4 slot to June 23, 2023. The movie will also see Michael Keaton as Bruce Wayne/Batman for the first time since 1992's 'Batman Returns.'

‘Aquaman and the Lost Kingdom’, the Jason Momoa-starring sequel directed once more by James Wan, dives from a December 16 slot to March 17, 2023.

That displaces ‘Charlie and the Chocolate Factory’ prequel ‘Wonka’, starring Timothée Chalamet as the candy expert. The movie shifts to December 15, 2023.

A young Willy Wonka embarks on a mission to spread joy through his chocolate, which quickly becomes a phenomenon. Read the Plot

One movie actually shifting forward rather than back is superhero sequel ‘Shazam! Fury of the Gods’. Zachary Levi returns as the titular hero, with Helen Mirren and Lucy Liu as the villains. That is stepping into the December 16 slot this year vacated by the Aquaman sequel.

Shazam! Fury of the Gods

And finally, one WB movies lands its release date, as ‘Meg 2: The Trench’, directed by Ben Wheatley, is now swimming in on August 4 next year.
That movie sees Jason Statham back as diver and captain Jonas Taylor, who must once more confront a giant shark looking to destroy property and eat unwitting swimmers.

Proof positive, then, that in this day and age it’s better to write your movie reminders in pencil rather than pen.

(L to R) Dwayne Johnson as Krypto and John Krasinski as Superman in Warner Bros.' ‘DC League of Super-Pets.'